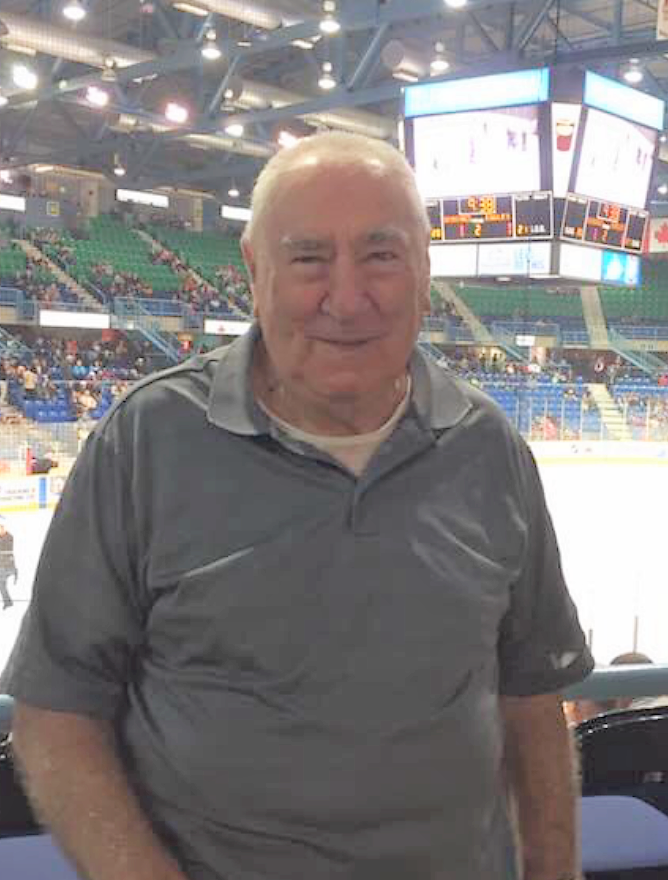 William D. Bastarache husband of Joan Marie (Burns) passed away peacefully on Saturday, November 6, 2021 at the Saint John Regional surrounded by his loved ones. Bill was born September 23, 1933 in Saint John, NB to the late Vital and Elmire (Desroches) Bastarache.

Bassy will be remembered for his love of baseball and hockey, although he could be found at any rink, field, or court his kids or grandkids were playing at. He was an avid sports fan who coached many baseball and hockey teams over the years and touched the lives of many youth across the City of Saint John and his notable contributions to sports and recreation in the province was officially recognized in a special award from the premier in 2008. Whether you stepped up to the plate when Bassy, a member of “The Three Blind Mice”, was the umpire, or you have been to a Saint John Sea Dogs game where “Mr. Seadog”, a long standing season ticket holder was cheering along, you probably heard his motto of “it’s nice to be important, but it’s more important to be nice”. He was known for his generosity to anyone who needed his help.

Bill worked at Maritime Paper for over 40 years before he retired.

The family would like to thank the staff and Doctors at the Saint John Regional Hospital for their care and compassion, and a special thank you to Odessa Arsenault and the staff at Sea Street Manor for making Dad feel at home and going above and beyond to care for him.

Due to Covid-19 health measures placed on indoor gatherings by the Government of New Brunswick, all of those, 12 and over, attending the Visitation and Funeral Mass will be required to show proof of vaccination and a piece of government issued ID, or proof of medical exemption.