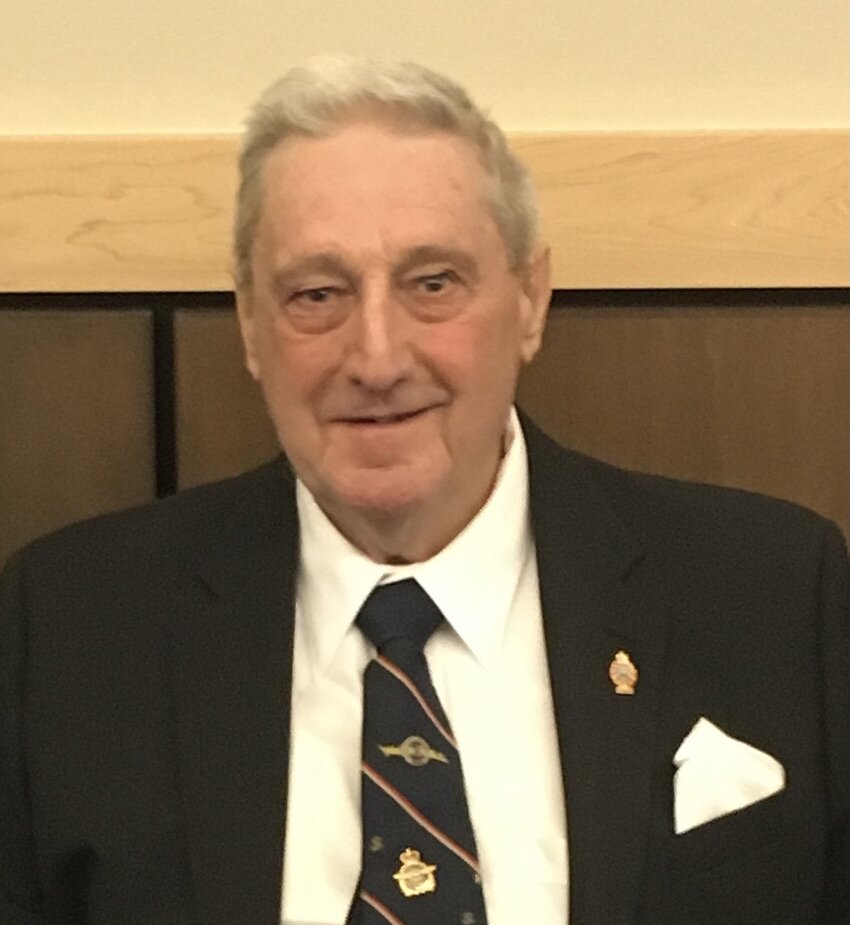 It is with great sadness, the family of Berton Wilson (Willie) Munn of Nerepis, New Brunswick announce his passing at home on October 14, 2021. Willie was born on 29th of June 1939 to the late Burton and Evelyn (Palmer) Munn of Astle, New Brunswick. He was also predeceased by his brother, Arden.

After graduating from Upper Regional Miramichi High School, Willie joined the Royal Canadian Air Force and married Joan Woodcock in 1960. During his lengthy military career, they were posted to Montreal, Germany, Shelburn, NS, Chatham, NB, a peacekeeping NATO mission in Egypt, Summerside, PEI, HMCS Annapolis and HMCS Brunswicker prior to his retirement in 1985. Following his retirement from the military, Willie joined Saint John Shipbuilding Ltd. until 1996. Once fully retired, Willie dedicated his time to hunting, fishing and planning memorable events such as Christmas in July, the Annual February Golf Tournament and mess dinners at his camp at Pebble Beach while being surrounded by family, friends and joyful music. Willie was an active member of the Royal Canadian Legion, the Royal Canadian Air Force Association as well as the NB Federation of Woodlot Owners.

Willie is survived by his wife Joan (Woodcock), his daughter Jennifer Jean (Andre) of Nerepis, his son Larry (Patti) of Nerepis, his daughter Jane Pitre (Raymond) of Halifax NS, his grandsons Derek Munn and Jonathan Jean (Natasha) from Fredericton, Jason Yeomans from Saint John, as well as his granddaughters Courtney Neill (Nicholas) from Fredericton, Alexis Pitre (Daniel), Chantel Pitre (Jordan) from Halifax NS and Jillian Yeomans from Saint John and his great-grandchildren Robert and Alice Neill from Fredericton.

Arrangements are under the direction of Castle Funeral Home, 309 Lancaster Ave, Saint John. Visitation will be held at Castle Fallsview Chapel on Tuesday, October 19, 2021 from 11am to 2 pm. At 1:30pm, there will be a Legion Service followed by a celebration of life at Castle Fallsview Chapel. Burial to take place at a later date. For those who wish to make a donation in the memory of Willie, they can be made to Bobby’s Hospice or a charity of the donor’s choice.

Due to COVID-19 health measures placed on indoor gatherings by the government of N.B., all attending the funeral service 12 and over will be required to provide proof of vaccination and a piece of government ID or proof of medical exemption.

Live streaming of service can been seen at:

Share Your Memory of
Berton
Upload Your Memory View All Memories
Be the first to upload a memory!
Share A Memory