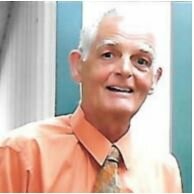 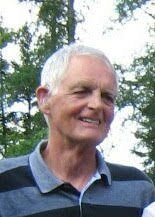 It is with the deepest regret, the family of Glendon Eugene Pierce announce his passing from a stroke on April 26, 2020 while visiting his son in Brampton, Ontario. Glen was born in Saint John in 1946 to John “Jack” King Pierce and Marjorie Lovima Ayles.

He attended St. Peters Boys School in the early years, then St. Mary’s College in Brockville Ontario. He obtained two degrees from St. Thomas University in Fredericton. Glen was an avid reader, enjoyed photography, travel, writing and maintained an intense interest in live theatre. During his working career, he spent various stages of his life teaching school. He worked at the oil refinery for a period and at a men’s rehabilitation center.

He leaves his sons Shawn and Corey, both living in Ontario.

Glen leaves 44 nieces and nephews, numerous cousins and friends all living throughout Canada and the world.

Arrangements are under the care of Castle Fallsview Funeral Home, 309 Lancaster Avenue, Saint John, NB E2M 2L3, 506-634-1701. A Memorial Service will be held on Friday, August 27, 2021 at 2:00 PM in Castle Fallsview Chapel. Interment will follow in Cedar Hill Extension Cemetery, with a Reception at Castle Fallsview Reception Centre. Donation’s in Glendon’s memory can be made to the charity of the donor’s choice