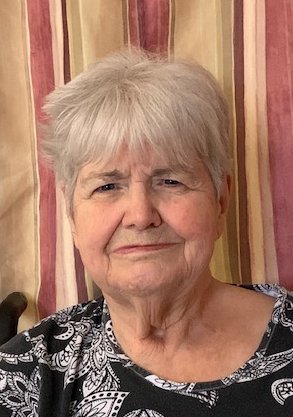 The daughters of Bernadette Helena (Burchill) Bastarache are sad to announce her passing on Sunday May 23, 2021 at the Kennebec Manor Nursing Home. Mom was born March 4, 1934 in Saint John, daughter of the late Gertrude (McDougall) and Owen Frank Burchill and was the wife of the late Daniel A. Bastarache.

Thank you to Terry and Rachelle LeBlanc for everything you have done for mom.

Castle Funeral Home, 309 Lancaster Ave. Saint John ( 634 - 1701) have been entrusted with the arrangements.  Cremation has taken place. As per Bernadette’s wishes there will be no visitation or funeral service. A private interment will take place in Holy Cross Cemetery. Donations to the kennebec Manor or the charity of the donors choice would be appreciated by the family. Online condolences can be made at www.Castlefh.ca

Thank you to the staff, volunteers, and Doctors of Kennebec Manor for the excellent care of our mother.

Share Your Memory of
Bernadette
Upload Your Memory View All Memories
Be the first to upload a memory!
Share A Memory