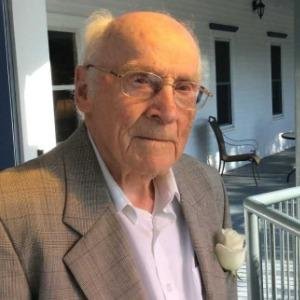 Eugene Culley O’Brien, BA, BEd. With family by his side, Eugene, son of the late William and Susan (Culley) O’Brien, died peacefully on July 26th, 2018, Saint John, NB. A graduate of Rothesay Consolidated, 1945, he attended St. Thomas University, completing bachelor degrees in Arts and Education, 1954. He was, for a short time, a member of the St. Thomas faculty. During sabbatical, Eugene sought linguistic training abroad. He was fluent in Latin, French, and Spanish, encouraging students in the improvement of their linguistic skills. A teacher of 32 years, he taught within the Rothesay and Saint John Districts. Eugene had a great love for France, Italy, Spain, Ireland, and England, visiting them many times, and in latter years, taking his companion and friend, Lynda McAleenan. He was dedicated to the preservation of Western Civilization, its classical thought, laws, history, and literature. He did his utmost to support Irish culture in Canada. He was loyal to the Magisterium of the Catholic Church. He was a daily communicant. Family, friends, and pets were his priority in daily life. He loved nature, enjoying the parks, beaches, and lakes of the region. He was devoted to the Fine Arts. Eugene is predeceased by his sister Mary J. McGrath, her husband Peter C. McGrath, and niece Carol M. Seely. He is survived by his niece Marilyn P. Ventzek and grandniece Helen E. Seely (Jonathan) of Saint John, NB; grandnephews Dr. Peter L.G. Ventzek, Austin, TX; Phillip R. A. Ventzek, LLB, (Tracey), Moose Jaw, SK, and their children Shasta, Eli, and Nathan. Eugene was a member of the Irish Cultural Association of Canada, the Legion of Mary, the KofC. Donations in Eugene’s memory may be made to the Cathedral Restoration Fund or to the charity of one’s choice. Flowers are welcome. Arrangements are under the care of Castle Funeral Home, 309 Lancaster Ave, Saint John, NB E2M 2L3. (506)634-1701. Visitation will take place on Thursday, August 16th from 2:00PM -8:30PM. A Mass of Christian Burial will be held on Friday, August 17th at 12:10PM at the Cathedral of Immaculate Conception. A reception will follow Mass at the Cathedral Rectory. Interment will then take place in St. Joseph’s Cemetery. Online donations can be made at www.castlefh.com

Share Your Memory of
Eugene
Upload Your Memory View All Memories
Be the first to upload a memory!
Share A Memory