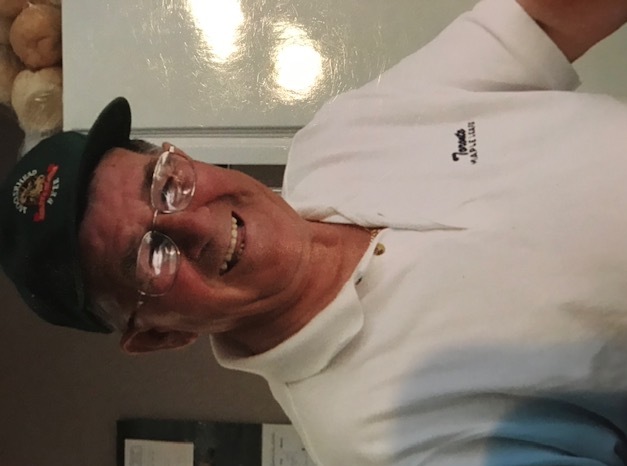 The death of Kenneth R. Barton occurred on January 11, 2023, at the Saint John Regional Hospital. He was born on May 27, 1937, to Violet (nee Quigley) and the late Ernest Barton.

Kenny took great pride in being a devoted husband and loving father. His favorite role was that of Grandfather and he relished nothing more than being called Grampy. Kenny loved to go to and have yard sales. He loved to watch the horse races. He was a huge Toronto Maple Leaf fan and could always be seen sporting a Maple Leaf ball cap and a big smile.

Kenny worked many years for CPR Truckers and was a Steveadore (ILA).

Arrangements are under the care and direction of Castle Funeral Home, 309 Lancaster Ave. Saint John, N.B. (634 1701). Visitation for Kenny will be held on Monday, January 16, 2023, from 2:00 -4:00 and 6:00-8:00 PM. A Funeral Service will be held on Tuesday, January 17, 2023, beginning at 2:00pm at the Castle Funeral Home Chapel. Interment will follow the service at Cedar Hill Extension Cemetery.  Donations in Kenny’s memory can be made to the Heart and Stroke Foundation, or charity of your choice. For those unable to attend the service, the family has provided the opportunity to participate via livestream. To access the livestream, or to leave online condolences, please visit www.castlefh.ca

Share Your Memory of
Kenneth (Kenny)
Upload Your Memory View All Memories
Be the first to upload a memory!
Share A Memory