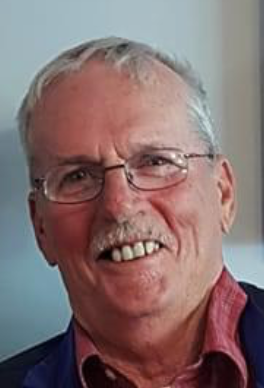 It is with great sadness the family of Sterling Edward McKinley announces his passing after a brief illness on December 23, 2022, at the Saint John Regional Hospital. Born in 1944 in Miramichi, N.B., Sterling was a son of the late Perley

Sterling was a proud member of UA Local 213 working many construction projects around the province in the pipefitting trade and teaching at NBCC later in his career. Sterling enjoyed the outdoors on his ATV and playing a tune on his

guitar. He made many trips to Miramichi over the years, canoeing down the river with his brothers and Sean or hunting at Bev’s camp. Sterling was adored as a Papa and loved to spoil his grandchildren.

Kenny (Twila), and Sharon, along with many nieces, nephews, and cousins.

Sterling was predeceased by his parents and siblings, Aubrey, Gary, Greta, John, Paul, Roberta, Ruby and Willis and his wife, Dorothy.

The arrangements are under the care and direction of Castle Funeral Home, 309 Lancaster Ave. Saint John (634 1701). As per Sterling’s wishes there will be no visitation and a private burial will be held in

Miramichi at a later date. Online condolences can be made at www. Castlefh.ca

Share Your Memory of
Sterling
Upload Your Memory View All Memories
Be the first to upload a memory!
Share A Memory