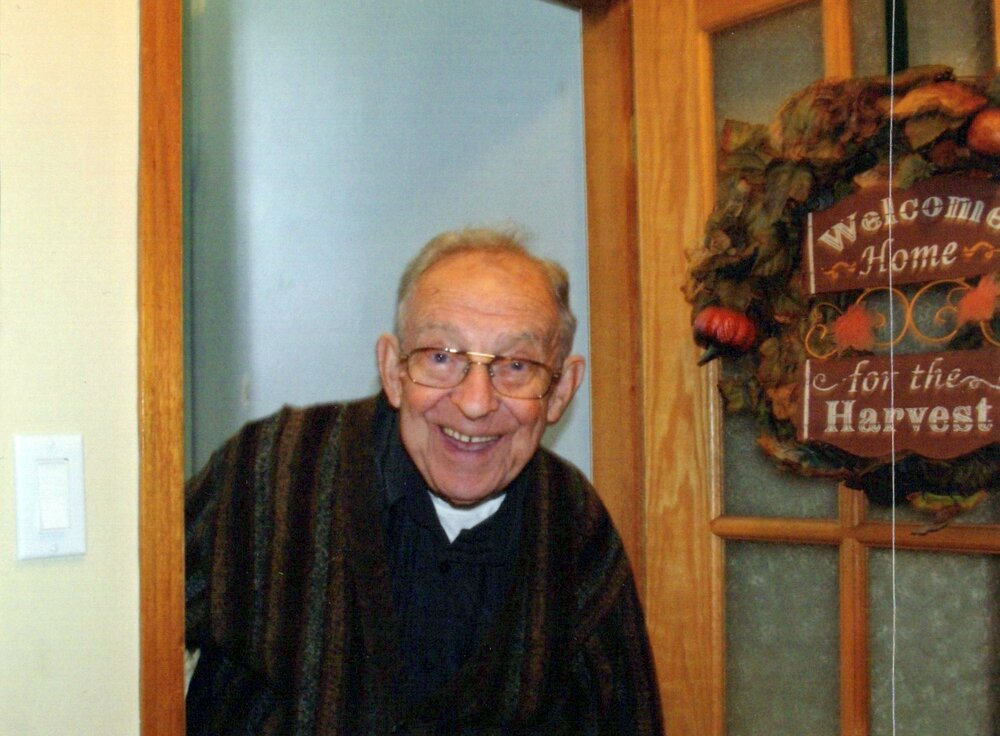 With heavy hearts the family announces the passing of Gloris J. Arseneau, husband of Irene (nee Bourque) Arseneau, which occurred on Saturday, October 29, 2022, at Shannex Tucker Hall. Born in Rogersville, NB on November 24, 1931, he was the son of Pierre Arseneau and Roseline (Gallant) Arseneau.

Gloris worked at Moosehead Breweries for 40 years, retiring in June 1992.  He enjoyed a long retirement traveling with Irene all through the Maritimes and Quebec.  He loved meeting new people and being in the company of others.  You could see him often at his favorite coffee shop joking and laughing with his coffee buddies.

His favorite pastimes were playing cards, bowling, cooking, listening to Music and yodeling.  He especially loved dancing in his younger years. He was a member of the Knights of Columbus Council 6770 and a former member of Council 9476 Grand Bay, where he was very active helping in their activities, especially bingo.

Due to declining health and almost complete loss of his sight, he had to curtail all his favorite things.  He was a resident at Tucker Hall for the past 15 months.

Gloris is predeceased by son Andrew, who passed away in April 2022; his parents; six brothers Marcel, Jerome, Augustin, Gerard, Camille, and Joseph; and two sisters Therese Arseneau and Madeleine Fontaine.

The family wishes to thank all the nursing staff who took such good care of Gloris during his stay at Tucker Hall.

May God bless you all.

Resting at Castle Fallsview Funeral Home, 309 Lancaster Ave., Saint John, NB (634-1701) visitation for Gloris will be on Thursday, November 3 from 2:00-6:00 PM.  A Mass of Christian Burial will be held on Friday, November 4 at Our Lady of The Assumption Catholic Church (360 Dufferin Row) for 12 Noon.  Interment will follow at Holy Cross Cemetery.  The Arseneau family has provided the opportunity for those unable to attend the service to participate via livestream. Please visit Gloris’s obituary page to access the link. Donations in Gloris’s memory can be made to the West Side Food Bank or Romero House.

Share Your Memory of
Gloris
Upload Your Memory View All Memories
Be the first to upload a memory!
Share A Memory