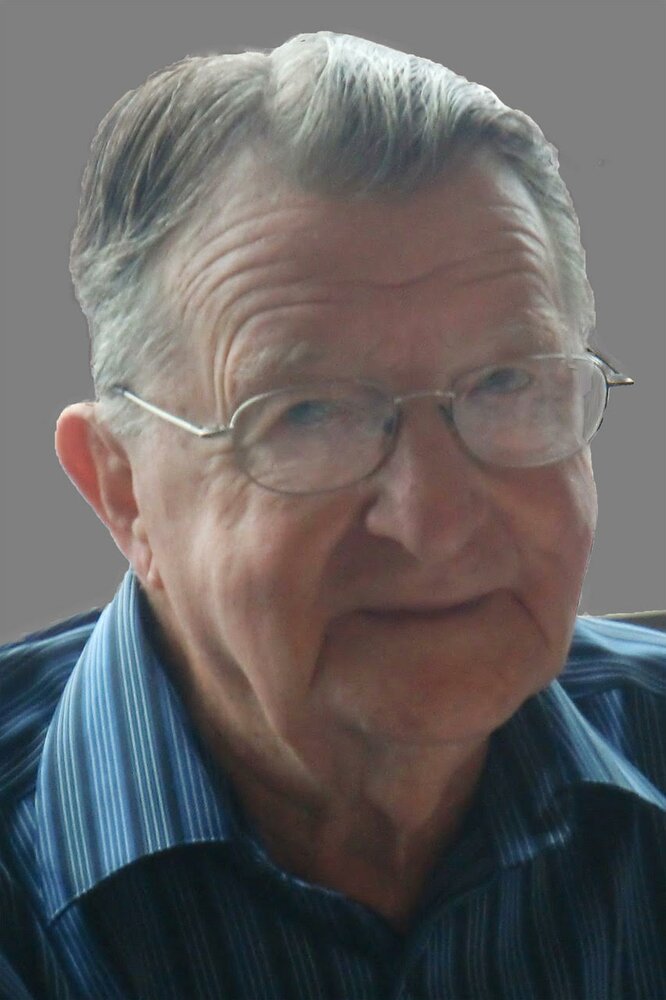 It is with great sadness the family announce the peaceful passing of Donald Glenn Powell, husband of the late Dorcas (Poley) Powell on Wednesday October 26, 2022 at Rocmaura Nursing Home with family by his side.  Born on July 23, 1922, in Saint John Don was a son of the late Ernest and Vena (West) Powell.

Don was office manager for North American Life (Now Manulife) for 40 years before his retirement in 1985. He was very active in the community, having served on the executive of many organizations. For many years, he was Secretary – Treasurer of the Life Underwriters Association of N.B. He was a long time, active member of the Hope Lutheran Church. He served there as a teacher and superintendent of the Sunday School, sang in the choir, and was Treasurer for 52 years.

Don is survived by his daughter; Christine Jackman ( Donald Precosky) of Prince George B.C., sister; Jean White, special nieces; Mary (Wayne) Hewey, Susan (Shaun Dunne) White, and Debbie (Reno) Boudreau, all of Saint John, and many other nieces and nephews. Don is also survived by his brother - in – law; John (Joyce) Poley, of White Rock, B.C., and friends too many to count.

Castle Funeral Home, 309 Lancaster Ave. Saint John, N.B. (634 1701) have been entrusted with the arrangements. A visitation will be held on Monday, October 31, 2022 at Castel Funeral Home from 2 to 5 PM. A Celebration of Don’s life will be held at Castle “Fallsview” Chapel on Tuesday, November 1, 2022 at 11:00am. Interment will take place at Ocean View Memorial gardens. A reception will be held at Castle Funeral Home following the interment. Donations may be made to the Rocmaura Foundation, or the charity of the donor’s choice would be appreciated by the family. Online condolences can be made at www. Castlefh.ca

A special Thank You to all the nurses and staff at Rocmaura Nursing Home for their excellent care and compassion shown to Don during his time there.