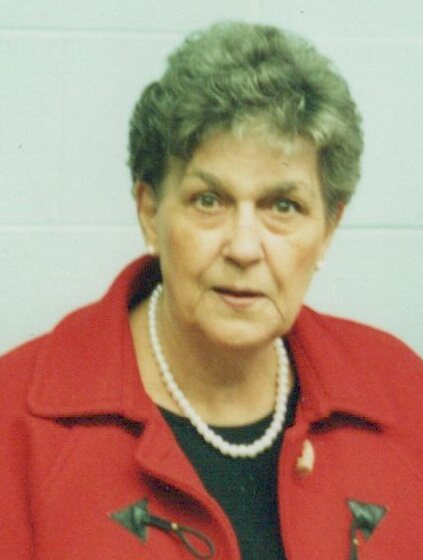 Joan passed peacefully at home with her loving family by her side on September 20th, 2022. Born in Milford, Saint John, N.B, she was the second daughter of the late Percy and Isabel (Martin) Blizzard.

Joan worked at the French Pastry before motherhood. This skill brought such joy to her family. The home always smelled sweet with the scents of cakes, pies and treats for all to enjoy.

Joan married Glendon (Buddy) Theall and they had 9 children. She did it all. Caring for her children was everything to her. She worked hard making beautiful meals and cleaning non stop to keep up with all of her children. Her laundry skills were to be admired as she loved her clotheslines. She would have two lines full of beautiful, crisp, white diapers from having three babies in diapers at the same time. She liked her whites to be white. Once her job with her own children became less demanding, she moved on to care for her grandchildren and she took care of them with so much love. Joan had the same compassion for those in need. Any time she was aware of someone in need, she would be the first to do something about it. She showed her kids the importance of helping others.

Joan’s family would like to give a special thanks to the extramural nurses that helped with Joan’s care: Rhonda, Eileen, Patricia, Shelley, and Karen, to Dr. Daniel Scott, and to Corey, Jen and staff at the Medicine Shop.

Arrangements are under the care and direction of Castle Fallsview Funeral Home, 309 Lancaster Ave, Saint John, NB (634-1701). A celebration of life for Joan will be held on October 20th, 2022, at 2:00 pm at Cedar Hill Ext. Cemetery - Joan and Buddy’s wedding anniversary. Donations in Joan’s memory can be made to the Saint John Regional Hospitals Neo-Natal Unit, Saint John Food Bank or the charity of your choice. For those who wish, condolences may be made by visiting www.castlefh.ca

Share Your Memory of
Joan
Upload Your Memory View All Memories
Be the first to upload a memory!
Share A Memory