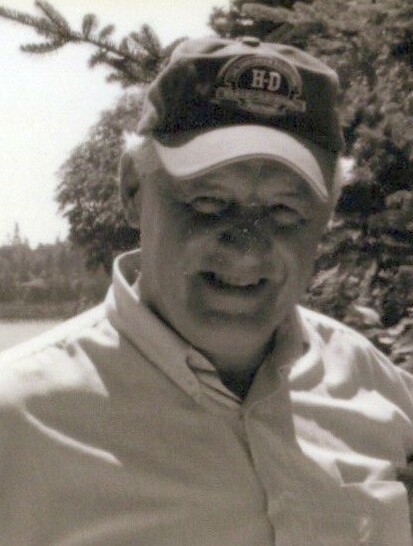 The family of Cary Brown announce his passing on Wednesday, Aug 31, 2022, which occurred at his residence. Born on April 5, 1943, in Saint John, he was the eldest son of Horace and Margaret Brown.

Survived by his nephews David (Janet) Brown and Michael Brown (Martina Paulin), great nephews and niece Steven, Theo, Laura, and their families. Besides his parents he was predeceased by his brother Wayne and sister-in-law Donna Brown.

Cary worked most of his life for Fundy Bay Seafoods, Dipper Harbour. He considered Dipper Harbour his second home and had many good friends from the area. He enjoyed time at the family camp, playing crib, and telling stories. In his earlier years, Cary enjoyed time riding his Harley and driving his Z28. His other interests included photography, travelling the Maritimes and Maine, and genealogy.

Arrangements are under the care and direction of Castle Fallsview Funeral Home, 309 Lancaster Ave, Saint John NB (634-1701). In keeping with Cary’s wishes there will be no visitation. A private interment will take place at a later date. Donations in Cary’s memory can be made to the charity of your choice. For those who wish, condolences may be made by visiting www.castlefh.ca.

Share Your Memory of
Cary
Upload Your Memory View All Memories
Be the first to upload a memory!
Share A Memory