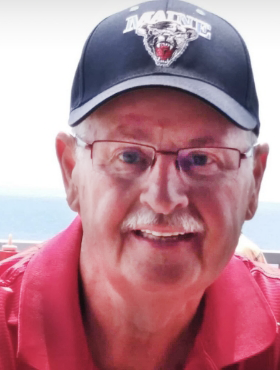 Obituary of Howard Francis May

Surrounded by his family, Howard Francis May passed away peacefully on the evening of August 17th, 2022. Born in Grand Bank, NFLD on August 27th, 1948, he was the son of Thomas and Maria (nee Whiteway) May.

Howard was a family man and made his wife, sons, and grandchildren his number one priority. He enjoyed spending time with them and creating wonderful memories with his family. A passionate sports fan, Howard became involved in minor hockey, baseball, and soccer when his sons were younger. He was a big supporter of many local teams and was a big fan of the Montréal Canadiens. However, his favourite club was the St. Lawrence Laurentians soccer club in Newfoundland.

Howard was a kind, outgoing, and caring man who was proud of his Newfoundland roots. He had the ability to make friends wherever he went. Howard enjoyed socializing and looked forward to his morning tea at the local Tim Hortons with friends. Howard bonded with many people throughout his life. He was one of a kind and will truly be missed.

Howard is survived by his loving wife Jeanette of 51 years; two sons Thomas (Kenza) of Candiac QC and Dennis (Susan) of Saint John NB; grandchildren Eric, Emily, Sofia, and Noah; brothers Jim (Carol) and Lloyd (Marlene); sister Marjorie (Lorne); brother-in-law Dennis; grand-fur babies Gracie and Charlie; as well as many nieces, nephews, and cousins. He is predeceased by his parents Thomas and Maria; sisters Henrietta and Marilyn; and brother Freeman.

Resting at Castle Fallsview Funeral Home, 309 Lancaster Ave, Saint John, NB (634-1701) visitation will be on Sunday, August 21st and Monday, August 22nd from 4:00-8:00 PM. A Funeral Service for Howard will be held at St. Mark’s United Church (50 Dexter Dr) on Tuesday, August 23rd at 10:00 AM with internment following at Greenwood Cemetery. For those unable to attend please visit the St. Mark’s United Church’s Facebook page to access the livestream link. Donations in Howard’s memory can be made to the charity of your choice. For those who wish, condolences may be made by visiting www.castlefh.ca

Share Your Memory of
Howard
Upload Your Memory View All Memories
Be the first to upload a memory!
Share A Memory