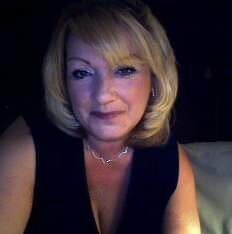 It is with heavy hearts that the family of Carrie Joyce (Blinn) Maillet announces her passing on Friday, June 10, 2022 at the Saint John Regional Hospital. Carrie was born on May 25, 1961 in Saint John, NB to Joyce Feller and the late Ernest Blinn.

In addition to her father Carrie is predeceased by her brother Eugene Blinn.

Carrie worked at the westside Dollarama before starting a career with Tim Hortons at Simms Corner and the Plaza where she worked for several years. Carrie was very artistic; she enjoyed painting, calligraphy, playing the piano and was an amazing singer. She loved going to the beach, blueberry picking at seaside park, and going to the Kingston Peninsula where she spent most of her childhood. Carrie also loved her Tim’s coffee, 3 milk and no sugar. She enjoyed spending much of her time with her daughter Cass and her friends. Most of all Carrie loved and adored her grandchildren, they meant the world to her.

Arrangements are under the direction of Castle Funeral Home, 309 Lancaster Avenue, Saint John, NB E2M 2L3, 506-634-1701. Visitation will be held on Thursday, June 16 from 6:00 – 8:00 PM and Friday from 11:00 AM – 1:00 PM. A Memorial Service will follow in Castle “Fallsview” Chapel at 1:30 PM with interment in Cedar Hill Extension Cemetery. Donations in Carrie’s memory can be made to the Canadian Heart and Stroke Foundation or a charity of the donor’s choice.

Share Your Memory of
Carrie
Upload Your Memory View All Memories
Be the first to upload a memory!
Share A Memory