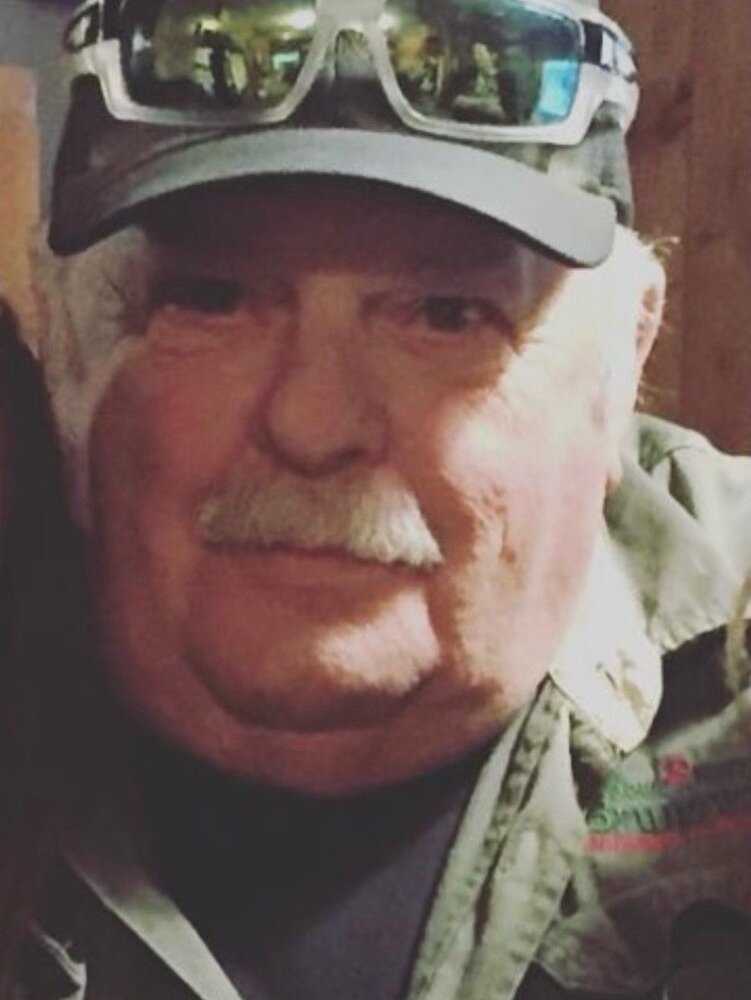 It is with great sadness the family of Patrick Walter Golding announce his sudden passing on Thursday April 21, 2022, a month prior to his 75th Birthday. Born in 1947 to the late Walter F. and his mother Muriel (Nice) Golding.

His early career was in management at Famous Players Theatres, saint john. He worked with his dad at Walter F. Golding Construction, then N.B. Housing in Saint John. He continued doing Carpentry, locksmithing and snow plowing even after retiring. He was an avid outdoorsman, who taught hunter safety, and greatly enjoyed Bow hunting, fishing, and golf. He was a self-made man proud, stubborn strong willed who did things his way. He was a tormentor and loved to tell a good joke, sometimes inappropriately. He had a passion for recipe collecting and cooking, noted for his beans, lemon pie, banana bread, and his Sunday omelets that were enjoyed by his grandkids, they would chant “pitter patter let’s get atter” so he would hurry up with their breakfast omelets. His absence will be felt, and lives will be forever changed because we lost Papa Pat.

Everyday he wished Katrina a good day, told her that he loved her and reminded her that he was just at the end of her finger if she needed him. She was his “Greenbean”, Jessica was his “Rose Petal” and when P.J. was younger he was the “Apple of Dad’s Eye”.

Pat was predeceased by his parents, brother, Bruce Golding, and brother – in law, Terry Dionne, and sisterly friend Elaine McLaughlin.

Castle Funeral Home, 309 Lancaster Ave. Saint John (634 1701) have been entrusted with the arrangements. As per Pat’s wishes cremation has taken place. There will be no visiting or funeral service at this time. Donations if desired can be made to the S.P.C.A, Animal Rescue League or Aid to Ukraine. Online condolences can be made at www.castlefh.ca

Share Your Memory of
Patrick
Upload Your Memory View All Memories
Be the first to upload a memory!
Share A Memory