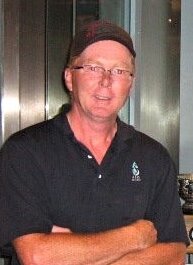 It is with great sadness the family of Michael J. Galliah wish to announce his passing on Saturday, March 26, 2022, after a period of failing health surrounded by his family. Born in Saint John on July 25, 1964, he was a son of the late Stanley and Alice (Gillet) Galliah.

Michael started working at the old General Hospital at a very young age and continued at the Saint John Regional Hospital (Horizon Health) for 37 years until his retirement. Mike was a proud member of CUPE #813. Always a hard worker and a jack of all trades if it needed to be fixed or you needed a helping hand Mike would do it. Whenever family events took place Mike would always be cooking up some tasty pies for the family to enjoy.  Most of all, Mike was all about family, he loved and was so proud of his son Blake whom he was able to watch get married just the week before.

Remembrances in Memory of Michael can made to the Saint John Animal Rescue League or the Wesley United Church in Brown’s Flat.

Castle Funeral Home, 309 Lancaster Ave. 309 Lancaster Ave. Saint John, N.B. have been entrusted with the arrangements. A Visitation will be held on Friday, April 1, 2022, from 12:00 pm to 3:00pm at the River Road Hub (32 Wallace Rd. Brown’s Flat). A graveside burial will be held at St. James Anglican Cemetery in Brown’s Flat at 3:30 pm Friday April 1, 2022. A reception will be held at the River Road Hub following the burial. Online condolences can be made at www.castlefh.ca

Share Your Memory of
Michael
Upload Your Memory View All Memories
Be the first to upload a memory!
Share A Memory