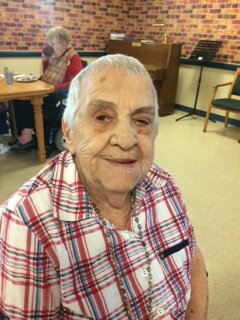 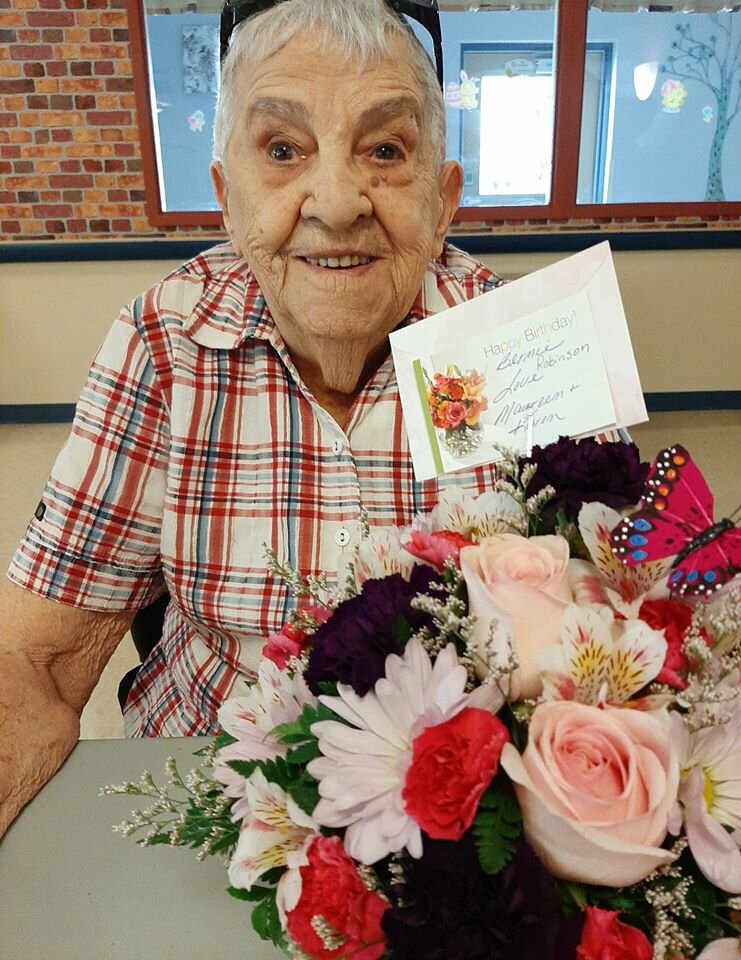 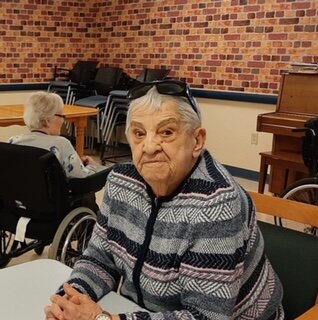 It is with great sadness that the family of Mary Bernadine (Berne) Robinson announce her passing, in her 96th year, which occurred on  Tuesday, March 8, 2022, at Kings Way Care Center, in Quispamsis, following a brief illness.

Berne was born on 13 July 1926, in Milford, New Brunswick, now part of the City of Saint John NB. Berne was the daughter of the late George Albert Burns and Seraphine Marie Leger and the beloved wife (45 years years) of the late Charles Elmer Robinson. Berne is survived by her son Shane Robinson (Kathy) of Rothesay and many nieces and nephews.

Berne was a life long and active member (60 years) of Saint Rose of Lima Church and was deeply involved in the parish. She was appointed the first lay lector of the Parish by Father George Riley; and she was also one of the first lay eucharistic ministers in Saint Rose parish.

Berne’s dedication and participation in supporting the priests of the parish was recognized and supported and for many years had her own key to Saint Rose Church, allowing her to complete setting up the alter as necessary before every Mass she attended.

On December 7, 2014, Berne was awarded the Bishop Dollard Medal of Merit by then Bishop Roberrt Harris. The Bishop Dollard Medal of Merit is presented to those who have provided their parish with long standing, significant and faith-inspired service. It recognizes the importance of the role of lay people in the church. It was named after the first Bishop of Saint John, NB, William Dollard, and honors those whose contribution to the life of the Church has been outstanding.

Berne was a lifelong fan of the Boston Red Sox and spent many hours listening to games on radio and eventually any Red Sox games on television. She cherished the signed Boston Red Sox ball given to her by her nephew, Steven Patterson and it was always on display in her home. Berne was also a Montreal Canadians fan, something she only recently revealed.

Berne was also a dedicated and skilled Candlepin Bowler and bowled out of the former Fundy Lanes which was located on Lancaster Avenue near Simms Corner, West Sain John. Additionally, Berne frequently travelled and participated in many bowling tournaments.

On 4 February 1975, Berne bowled a high score of 402 in a league play which was a significant accomplishment among Candlepin Bowlers.

Additional thanks to a number Berne’s friends including Connie (LeBlanc) and Walid Haddad of Victoria BC for keeping Berne supplied with Purdy’s Chocolates and frequent flower arrangements. Iris Stevens, Maureen Huges, Karen Johnston and others for their visits with Berne as Covid regulations allowed. Many others who regularly asked after Berne.

Donations in Berne’s memory can be made to Kings Way LifeCare Alliance Foundation (fundation@kwlifecare.ca) Heart and Stroke Foundation of Canada or the charity of the donor’s choice. Online condolences can be made at www.castlefh.ca