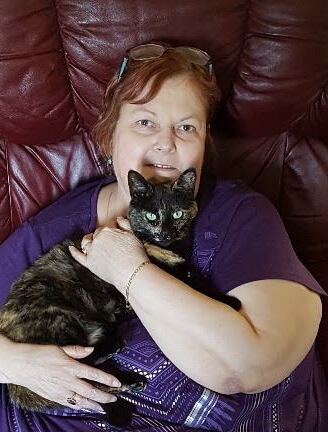 Annette Norma Mary White passed away peacefully on Wednesday, March 2, 2022 at the Saint John Regional Hospital. Annette was born on June 25, 1957 to the late Clarence and Edith (Gauthier) Doiron in Saint John, NB.

In addition to her parents Annette is predeceased by her sisters Elaine Parent and infant sister Lorraine Doiron.

Annette was a devote Christian and held true to her faith. She enjoyed reading from her bible each day and was previously a member of the Queen of Peace prayer group. She loved playing bingo, playing computer games and in earlier years baking. Her family was incredibly important to her especially her children and grandchildren; she was so proud of them and loved every moment spent together.

Arrangements are under the care of Castle Funeral Home, 309 Lancaster Ave, Saint John, NB E2M 2L3, 506-634-1701. Visitation will be held on Sunday, March 6, 2022 from 4:00PM-8:00PM. A Mass of Christian Burial will take place on Monday, March 7, 2022 at 12:00 Noon from Our Lady of Assumption Catholic Church. Interment will be held in Spring 2022 in St. Augustine’s Cemetery. Donations in Annette’s memory can be made to the Heart and Stroke Foundation or the charity of the donor’s choice.

Share Your Memory of
Annette
Upload Your Memory View All Memories
Be the first to upload a memory!
Share A Memory