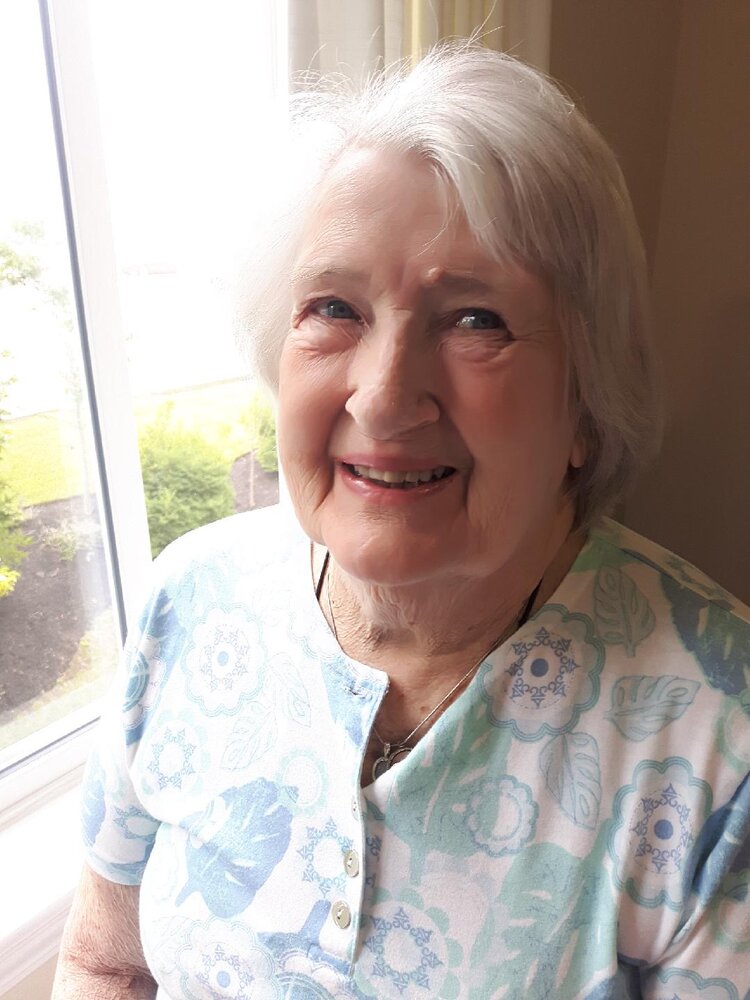 Noreen Estelle Thorne passed away peacefully on Saturday, January 22, 2022 at Kennebec Manor. Noreen was born on November 8, 1934 in Saint John, NB to the late Herbert and Irene (Shields) Paisley.

Noreen worked for many years as a secretary for several business between Canada and the US. In recent years, she enjoyed volunteering for the Alzheimer’s Society and working as apart of the ‘meet and greet’ team for passenger cruise ships arriving at the Saint John Cruise Ship Terminal. Noreen loved sewing, making quilts, and playing the fiddle and piano.

Arrangements have been entrusted with Castle Fallsview Funeral Home, 309 Lancaster Avenue, Saint John, NB E2M 2L3, 506-634-1701. Due to the ongoing pandemic a Funeral Service will be held in Spring/Summer 2022, with interment in Brown’s Flat Baptist Cemetery. In lieu of flowers donations in Noreen’s memory can be made to the Canadian Alzheimer’s Society or a charity of the donor’s choice. Online condolences can be made at www.castlefh.ca

Share Your Memory of
Noreen
Upload Your Memory View All Memories
Be the first to upload a memory!
Share A Memory