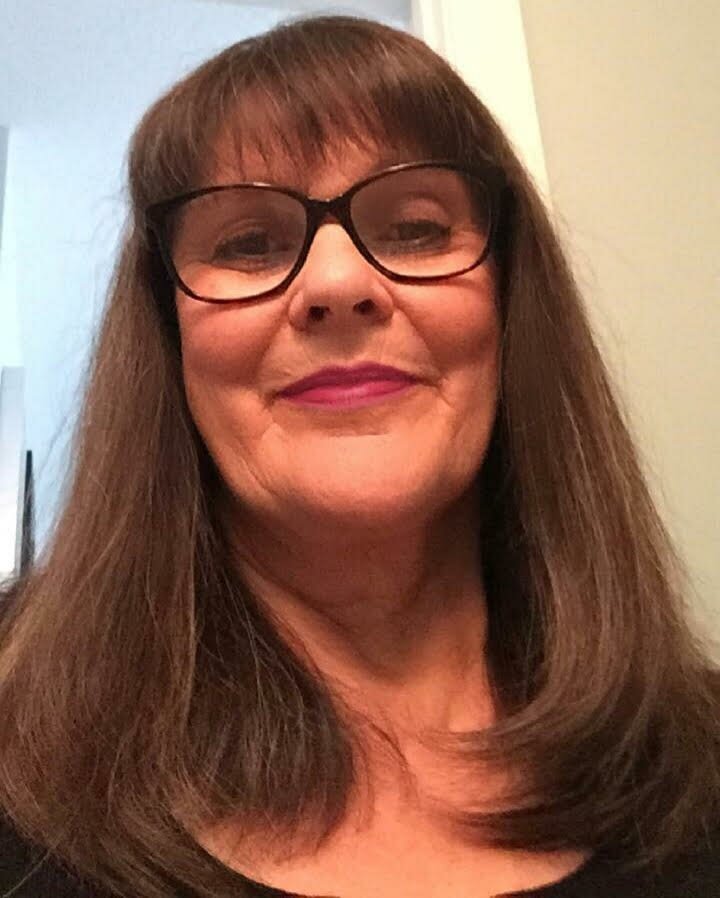 It is with great sadness the family of Anne Marie Merzetti, wife of Stephen Merzetti, announce her peaceful passing with her husband by her side on April 27, 2021 in Calgary after a 3-year struggle with cancer.

Anne was pre-deceased by her brother, Troy and her father, Maurice Rees, grandparents Irven and Hazel Wooden, Marshall and Cassie Rees, several Aunts and Uncles.

Anne was born in Saint John and attended Barnhill Memorial and Millidgeville North High Schools. She spent most of her professional career in health care  in Saint John, working for Dr. Punna and Dr. Lord.

During her years in Calgary, Anne was employed with the Alberta Health Sciences Corporation and worked for hematologist and mentor Dr. Johan Lategan.

During her years in Saint John, Anne was involved with several different volunteer committees including the Imperial Theatre Restoration Project and Chair of the Saint John Santa Claus parade where her accomplishments included working with the Saint John Fire Department to build the current Santa Claus Float and initiating the Parade of Lights.

Anne had a huge heart for animals, never being without a furry companion, from dogs, cats, bunnies, to having a filly named after her by her friend, Darrell Glover, who is an advocate for Wild Horses in Alberta.   Her signature animal is the beautiful cardinal.

During her younger years, Anne competed in beauty pageants and won the award for Miss Congeniality in the 1970’s during Loyalist Days.   Anne had a great sense of humour with comedic timing and could lighten any situation.

Anne had a wide array of interests and hobbies, such as sports, music, and gardening.  She was a Toronto Blue Jays fan, and a huge New England Patriots football fan, having had the opportunity to see a couple of live games.   She attended many concerts in her lifetime, including a Led Zeppelin concert at the CNE back in the early 70’s.  She was an avid fan of all genres of music.

Most importantly, Anne had a huge heart, and family was at the center of everything. Every holiday was an opportunity to decorate and spend time with family whenever possible.  She will be sorely missed.

The crown jewel of her heart was to travel with family to see her son, Eric, graduate from Memorial University of Newfoundland with his PhD in Molecular Biology.

Arrangements are under the care of Castle Fallsview Funeral Home, 309 Lancaster Avenue, Saint John, NB E2M 2L3, 506-634-1701. Visitation will be held on Wednesday, September 15, 2021 from 11:00 AM- 1:00 PM at Hillcrest Baptist Church. A Celebration of Life will follow at 1:30 PM. Interment will take place in Greenwood Cemetery.Due to family health concerns, the family requests that all visitors must be fully vaccinated to attend the service and visitation. Please bring your vaccination documentation to the church if you wish to attend.

Anne would appreciate donations to the Saint John SPCA in her memory, or a charity of the Donors choice. Online condolences can be made at www.castlefh.ca.

Share Your Memory of
Anne
Upload Your Memory View All Memories
Be the first to upload a memory!
Share A Memory