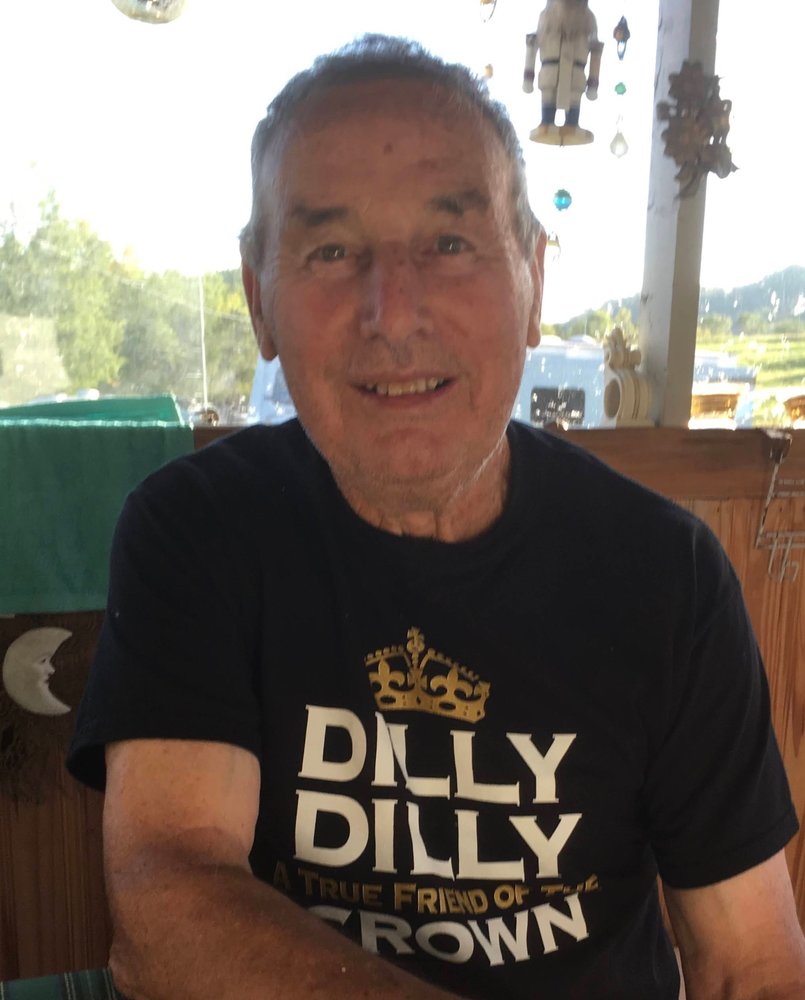 It is with heavy hearts that the family of Stephen Joseph Butler (Moe) announce his peaceful passing on July 23rd at the age of 87 in Saint John, NB with family by his side.  Stephen (Moe) was born in Halifax, Nova Scotia and was raised in Glace Bay, he was a son of the late Stephen and Ruthena (Scott) Butler.

Moe worked as a coal miner in his younger years and always said that it was his favorite job – true Cape Bretoner fer sure bye. He was also known to be an exceptional baseball player in Cape Breton, playing for the New Waterford Giants. After he moved to Saint John with his young family, he worked hard at several construction jobs as a foreman (pipe laying). Even though he wore the white hard hat, you would see him working side by side with his crew in the trenches. He continued his love of ball for many years with the KBM Aces and hydrated with the boys afterwards in Alan’s Garage. He was an active member of St Giles United Church for many years. He was also a member of the Labourers Union and was fortunate to retire in his 60’s and enjoy his senior years with Jean as snowbirds spending their winters in Florida (otherwise known as LaLa Land) and summers in Saint John and Belle Isle. Moe was known for doing everything, he had a great sense of humor, and was the most loving & patient family man – everyone who knew Moe, loved Moe!! He was the Best!

Aside from his parents, Stephen was predeceased by siblings: Leo, Jean, Tina, Kaddy, and Betty.

The family would like to thank Dr. Keripe, Dr. Stevenson, Dr. Naz, Dr. Groom, Dr. Dolan, along with the staff of Extramural, Kindred Healthcare (Hannah) and our good friend Patti who supported the family throughout this journey. Heartfelt Blessings to all who helped and supported Moe and his family.

Arrangements are under the care of Castle Funeral Home, 309 Lancaster Avenue, Saint John, (506-634-1701) In keeping with Moe’s wishes: there will be no visitation or service. For those who wish, remembrances may be made to a charity of the donor’s choice. Online condolences can be made at www.castlefh.ca.