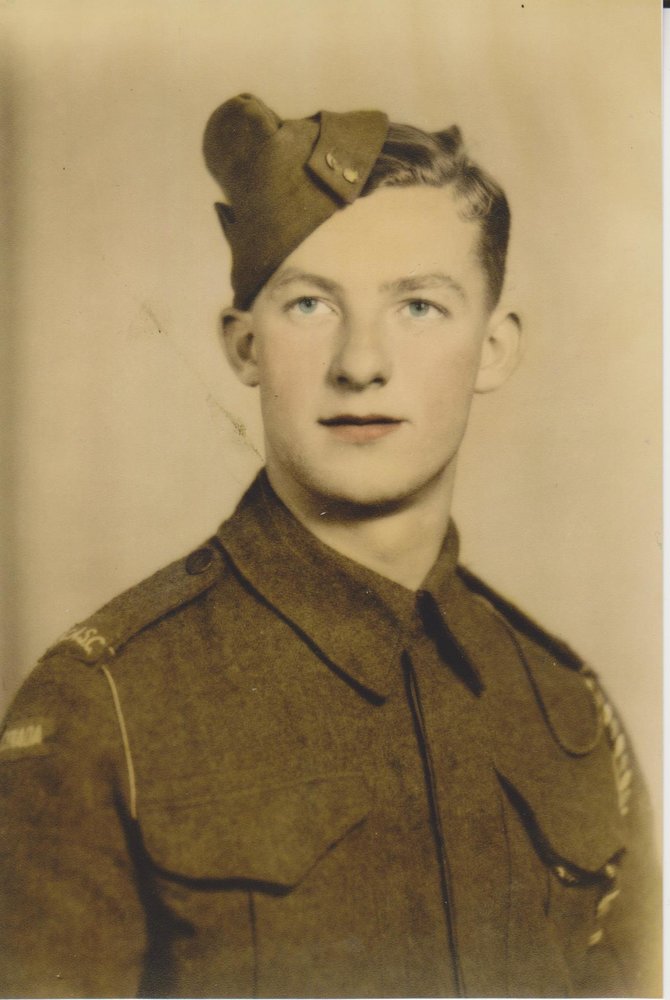 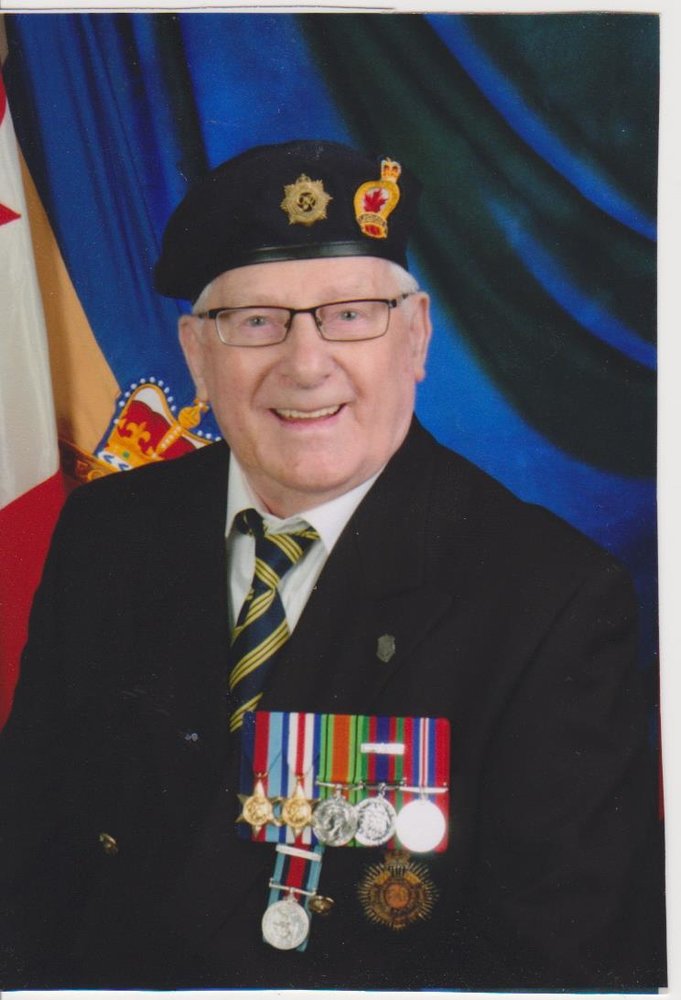 George passed away peacefully, with family by his side, July 23, 2021 at Ridgewood Veterans Wing after a short period of failing health. He was born May 1, 1924 in West Saint John NB, son of George and Gladys(Best) Adams.

At the age of 17 he enlisted in Canadian Army, served overseas during WWII in France and Holland and remained in Germany after the end of the war as a member of the Occupational Forces.  He was inducted as a knight into the French Legion of Honour for his service at Normandy during D-Day.

George returned to Saint John following the war and took up residency in West Saint John with his Scottish war bride, Helen (McCluskey).  Together they built a family, to whom he was devoted. He was a hard worker and labored over the years as a bus driver, carpenter and longshoreman, finally retiring from Brunterm on the Saint John waterfront.

Following retirement he and Helen enjoyed bowling with the Golden Seniors Bowling League and travelled extensively throughout the world.  Through thick and thin  George was an avid Blue Jays fan.

He was a long time member of Carleton Kirk United Church, a charter member Lancaster Kiwanis Golden K and a past member of St. Andrew’s Society of Saint John. He held memberships in the Royal Canadian Legion, Kennebecasis Branch #58 and the International Longshoreman’s Association, Local #273.

The family would like to take this opportunity to thank the staff of Parkland Shannex, where George has resided for the past six years.  The Saint John Regional Hospital Neuro-Science unit, and Ridgewood Veterans Wing and Dr Jessica Hemmings for the compassionate care he received during his illness and their assistance to the family.

Arrangements are under the care of Castle “Fallsview” Funeral Home, 309 Lancaster Ave, Saint John, (506-634-1701). Visitation be held on Wednesday, August 4, 2021 from 2:00PM-4:00PM and 6:00PM-8:00PM, with a Royal Canadian Legion Tribute Service at 7:00PM.  A Memorial Service will be held from Castle “Fallsview” Chapel on Thursday, August 5, 2021 at 11:30 AM. Interment will follow in Greenwood Cemetery. In lieu of flowers, donations to Bobby’s Hospice, Ridgewood Veterans Health Wing or a charity of the donor’s choice would be appreciated by the family.

Share Your Memory of
George
Upload Your Memory View All Memories
Be the first to upload a memory!
Share A Memory