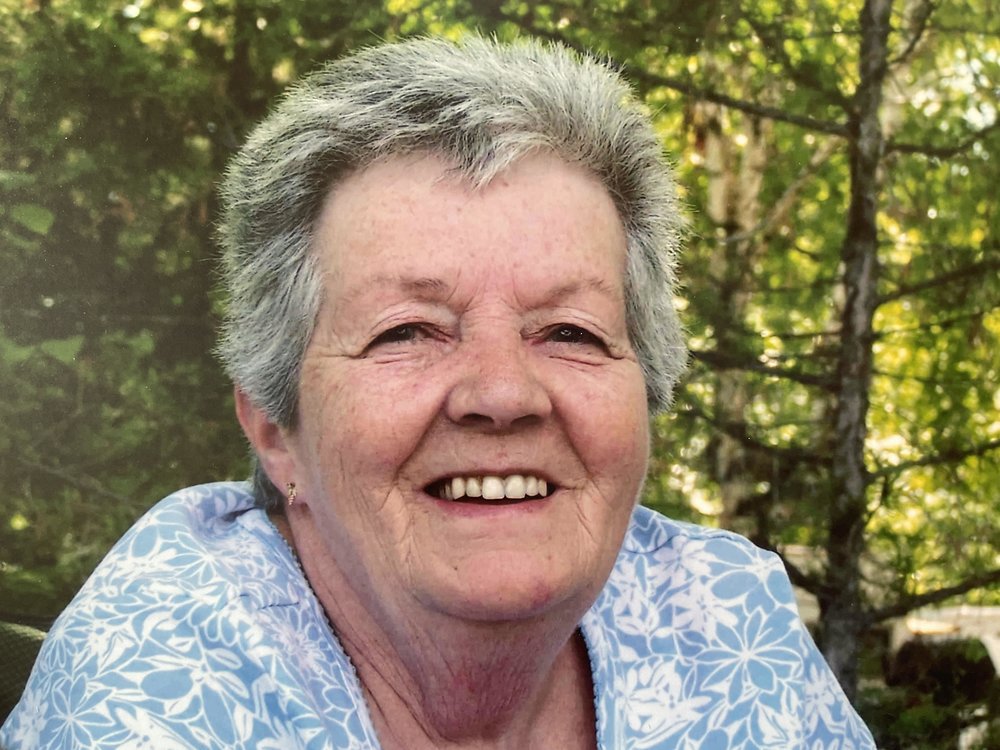 Frances Marion (Burnett) Wylie was reunited with her husband Andrew C. Wylie after 5 years apart, on Thursday, July 8, 2021. Frances was born on December 2, 1943, in Saint John, NB to the late Roy and Lenore (Moulton) Burnett.

Frances was a true Westsider. She met Andrew in 1961 and they married in 1962. They spent most of their lives raising their family in Saint John, except for some time spent in New Orleans, Collingwood and Grand Bay Westfield. Frances was strong in her faith throughout her life and raised her family with the same beliefs. She took great pride in her family; Frances especially cherished her grandchildren. She was also grateful to her cousins for their years of support.

Frances was very active in her community. She was a member of St. George/St. Jude’s and St. James Anglican Churches, Past President of the St. James ACW, assisted at George’s Café, and Martha and Mary’s. Frances was also volunteered with Cubs, Boy Scouts, Mothers of DeMolay, and was a big help to her Granddaughter Rebecca was attending Harbourview High School’s Choir and Drama. When Frances wasn’t volunteering, working or raising her family, you could find her in the kitchen baking many delicious treats. She was an exceptionally talented cook.

The family would like to thank Bud Belyea, Dr. Luan Le and staff for all the years of taking care of Mom, Extramural for their care and support, Dr. Julia Wildish and Dr. Emily Love of the Palliative Care team, and everyone at Bobby’s Hospice.

Arrangements are under the care of Castle “Fallsview” Funeral Home, 309 Lancaster Avenue, Saint John, NB E2M 2L3. Due to COVID-19 a Memorial Service will be held at a later date when provincial boarders have opened. Donations in Frances’s memory can be made to Bobby’s Hospice, Shriners Hospitals for Children or the charity of the donor’s choice. Online condolences can be made at www.castlefh.com.

Share Your Memory of
Frances
Upload Your Memory View All Memories
Be the first to upload a memory!
Share A Memory