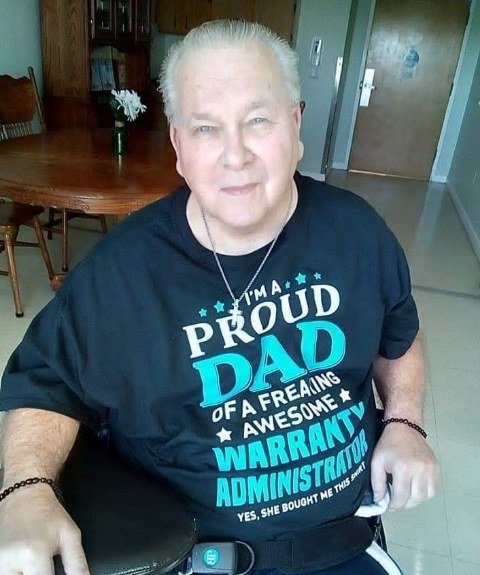 After a lengthy illness Gordon Lee Murray passed away peacefully at Carleton Kirk Nursing Home, on Tuesday, June 8, 2021, with loved ones by his side. Gordon was born on January 14, 1950, in Upper Coverdale, NB to the late Myles and Frances (Lewis) Murray.

Gordon was a trucker for many years, and he loved everything about it. He had his own CB radio at home and talked on it regularly. Gordon was Chief Steward of BCTGM Local 406 for 8 years and finished his trucking career as an auditor before retiring.

Gordon and his wife Nadine have many fond times at Wolfe Lake where they spent numerous summers swimming by day and listening to the loons by night. He enjoyed music and singing with Nadine while she played guitar. His true passion however was gardening. Gordon also liked going for walks and loved a good Tim’s coffee.

Gordon leaves his family with many special memories which they will cherish for years to come. He always knew how to make you laugh.

Gordon is predeceased by his parents, brother Vaughn Murray and dear uncle Percy.

Arrangements are under the care of Castle Funeral Home, 309 Lancaster Ave, Saint John, NB E2M 2L3, 506-634-1701. Keeping with Gordon’s wishes cremation has taken place and a Private Family Graveside Service will be held at a later date. Interment will take place in Five Points Cemetery, Albert County, NB. Donations in Gordon’s memory can be made to the MS Society or the charity of the donor’s choice.

Share Your Memory of
Gordon
Upload Your Memory View All Memories
Be the first to upload a memory!
Share A Memory