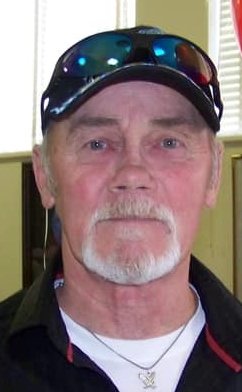 It is with great sadness the family of Daniel “Danny” Charles Brown, partner of Anne Sullivan wish to announce his passing on Tuesday April 20, 2021 at the Saint John Regional Hospital. Born in Saint John in 1950, Danny was a son of the late Stillman “Mac” Brown and Katherine “Katie” (Reid) Brown.

Danny was a back yard mechanic who loved to tinker and work on old cars, he could fix anything. He was a bowler for many years, and very involved in co-ed Slow Pitch baseball, but most of all Danny loved spending time with his family and friends, and will be missed immensely by Anne’s family the “Roys”.

Castle Funeral Home, 309 Lancaster Ave. (634 1701) have been entrusted with the arrangements. A private family Memorial service will be held at Castle “Fallsview” Chapel and the family will hold a celebration of life at a later date. Donations to the NB Heart and Stroke Foundation or the NB Lung Association would be appreciated by the family. Online condolences can be made at www. Castlefh.ca

Share Your Memory of
Daniel
Upload Your Memory View All Memories
Be the first to upload a memory!
Share A Memory