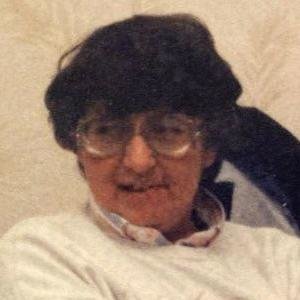 It is with great sadness the family of Paulette Sheila Adams wish to announce her passing on Wednesday December 9, 2020 at the Saint John Regional Hospital. Born in the West Saint John in 1943, Paulette was the youngest daughter of the late George William and Gladys Maude (Best) Adams. Paulette’s career began as a cashier at Sobey’s Lower West side, then went on to the K-Mart and Zellers where she retired after a 41 year sales career. Paulette was an avid TV Bingo Player and Bowler, she also loved fishing and riding ATV’s. Paulette is survived by one sister, Madeline Bordage, of Saint John, brothers; George, Harry, Leslie (Helen), Nelson (Nancy),and Frank all of Saint John, sister in law Ina Adams, of Cranbrook, B.C., Myrna Adams of Saint John and her special friend Wayne (Bro) Seely, of Saint John. Paulette will be dearly missed by many nieces and nephews. Paulette was predeceased by sisters; Mary Sistilli, of Follansbee, West Virginia, Gladys Knox and Elsie Kenny both of Saint John, brothers; Gordon, Murray and Ronnie all of Saint John, and Douglas, of Kamloops, B.C., sisters in law; Helen, Jean, Betty, Viola, Inez, all of Saint John, brothers in law; William Knox, and Lionel Bordage, of Saint John, and Tony Sistilli, of West Virginia. Castle Funeral Home, 309 Lancaster Ave. Saint John, N.B. (634 1701) have been entrusted with the arrangements. There will be no Visiting or Funeral Service. A Family Graveside Interment will take place on Tuesday, December 15, 2020 at 1:00 PM in Greenwood Cemetery. Donations in Paulette’s memory can be made to Bobby’s Hospice, Romero House Soup Kitchen or a charity of donor’s choice would be appreciated by the family. Online condolences can be made at www.castlefh.com

Share Your Memory of
Paulette
Upload Your Memory View All Memories
Be the first to upload a memory!
Share A Memory