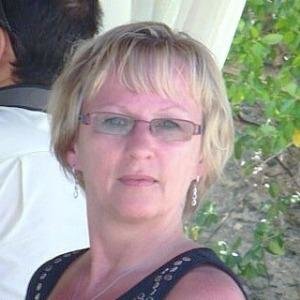 It is with great sadness and much love the family announces the passing of Karen Lorraine Lanteigne (Barrett) of Saint John West, N.B., beloved wife and best friend of Vernon Lanteigne. On Saturday, March 24, 2018 Karen passed away peacefully surrounded by family at Bobby’s Hospice. Born on August 7, 1957 in Saint John NB., she was a daughter of William (Buddy) Barrett and the late Ruth Barrett (Bent). In addition to her husband, Vernon, of 38 years, Karen is survived by her adored son, Daniel (Shauna) Lanteigne of Fort McMurray and her cherished daughter, Leanne (Bobby) Talaber of Edmonton, Alberta, precious grandchildren, Madilyn and Anthony Lanteigne, one brother, Wayne (Sandra) Barrett, sisters, Judy Barrett, Debbie (Randy Blanchard) Barrett and Linda Edison (Chuck) all of Saint John, her extended family and a large group of long-time friends. Karen was a loving wife, mother, grandmother and sister. She touched many lives during her 35.5 years service with Horizon Health where she became known as the “hall monitor” because of her daily regime of walking the corridors and stairs to stay healthy and help in her fight against cancer. And fight she did; this year she was 9 years cancer free. She was a caring and compassionate person who always went above and beyond what was expected. Arrangements are under the care of Castle Funeral Home, 309 Lancaster Avenue Saint John West (634-1701) with visiting on Tuesday, March 27th from 2:00 p.m. to 8:00 p.m. A Mass of Christian Burial will be held from Assumption Church, 360 Dufferin Row, Saint John West, NB. on Wednesday March 28th at noon. Interment will follow in Holy Cross Cemetery. In lieu of flowers, remembrances may be made to Bobby’s Hospice or the charity of your choice. Online condolences can be at www.castlefh.com.

Share Your Memory of
Karen
Upload Your Memory View All Memories
Be the first to upload a memory!
Share A Memory