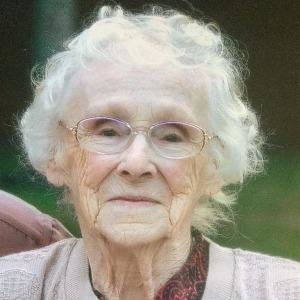 It is with great sadness, the family of Sylvia Lorraine McKiel would like to announce her passing on Monday, June 12, 2017 at Kennebec Manor. Sylvia was born on April 21, 1924 in Saint John to the late Edgar and Ruby (Exstrom) Theall. Sylvia loved spending time with her grandchildren, and was known around the neighbourhood for her cooking skills and open door policy. She was also a long time member of the Church of the Good Shephard. Sylvia is survived and will be dearly missed by her husband Harold McKiel, sons; Terrance “Terry” Robert McKiel (Eleanor) of Hants Co. NS, Edgar “Randy” Randall McKiel (Corrine )of Fredericton NB, Harold Bruce McKiel (Debbie) of Saint John NB, daughters; Ruby Deborah Dianne (Debbie) (Rod) Anderson of Browns Flat NB, Beverley Lorraine (Chris) Doiron of Saint John NB, brother; Glendon Allison Theall (Joan) of Public Landing, ten grandchildren, seven great- grandchildren and several nieces and nephews. She was predeceased by her parents, sister Dorothy Bustin and granddaughter Samantha Lee McKiel. Many thanks to the generous staff at Kennebec Manor for their love and care. Special thanks to Heather and Lisa. Arrangements are under the care of Castle funeral Home, 309 Lancaster Ave. Saint John, N.B. (634 1701). Visitation will be held on Thursday, June 15 from 2:00 PM- 8:00PM. A funeral service will take place on Friday, June 16, at 11:00AM in the Castle “Fallsview” Chapel. A reception will follow the funeral service at the Denis Morris Community center. Donations to the Salvation Army, The I.W. K. Children’s Hospital, Kennebec Manor or the Alzheimer’s Association would be appreciated by the family. Online condolences can be made at www. Castlefh.com

Share Your Memory of
Sylvia
Upload Your Memory View All Memories
Be the first to upload a memory!