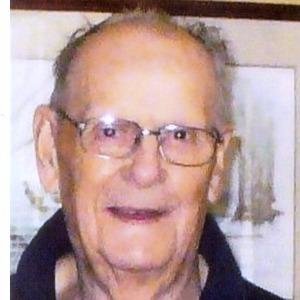 It is with great sadness, the family of Guy Clarence Cossaboom and husband of the Late Audrey Florence McCarthy, would like to announce his passing on Monday, June 12, 2017 at Carleton-Kirk Lodge. Guy was born on June 15, 1923 in Grand Manan, NB to the late George Cossaboom and Beatrice Green. Guy was a Pattern Maker for 50 years, first with Saint John Ironworks, and later with Irving from where he retired. He is survived by step-son Lynn Eric Rogers of Toefield, AB and grand-son Kevin Lynn Rogers. Guy was predeceased by his parents, wife, and two sisters, Georgie and Josie. Arrangements are under the care of Castle funeral Home, 309 Lancaster Ave. Saint John, N.B. (634 1701). Keeping with Guy’s wishes there will be no visitation or funeral service.

Share Your Memory of
Guy
Upload Your Memory View All Memories
Be the first to upload a memory!