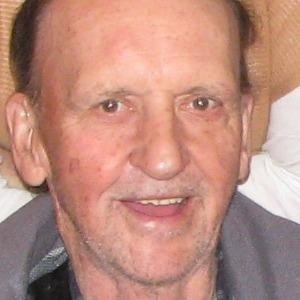 It is with tremendous sadness, the family of Norman Walter Burns, husband of the late Dorothy Anita (Hart), wish to share the news of his unexpected passing on Sunday, December 6, 2020 at his residence. Born in Saint John, New Brunswick, on July 29, 1940, Norman was a son of the late James Edward and Loretta Mary (Shannon) Burns. Norman was a Firefighter with the City of Saint John for 34 years, rising through the ranks to retirement in 1997 as District Fire Chief. He also owned and operated his own trucking company, worked at CPP Rail with his father and as an auto mechanic in his earlier years. With his inquisitive nature, Norm was a jack of all trades and there wasn’t anything he couldn’t fix or build. Most recently he was rebuilding a favourite 1989 Dodge Ram Truck with his son, little Norm. Norms greatest treasure and focus was family. Being born into a family of 18, he fiercely loved, cherished, and valued the bonds of family. He took great pride in being a devoted husband and loving father. His favorite role was that of Grandfather and he relished nothing more than being called Papa and Gramps. Over the years, he also enjoyed spending time at the camp on Haines’ Lake. A well-known family compound where many summer’s where spent and family picnics were celebrated surrounded by family and friends. Big Norm was an avid horseman. After his retirement, he raised and bred Standard Bred horses at his home on MacDonald Lake Road and he was also a member of the Saint John Harness Racing Association. He named his first foal, James EB after his dad. Norman was well known for his generous spirit and being the ultimate storyteller in the family. With his mischievous nature, he always had a well-crafted story or joke ready for his kids, grandkids, nieces and nephews. More likely than not, it would end or start with “ Well, I heard it at the market”. Norman was also a keen gardener, known for his tomatoe plants and he enjoyed photography, fishing and hunting. From his candid 8 mm films to photos of his horses and family, he loved being behind the camera. Norman is survived by his three loving children, Norman Burns (Jeanne), Wendy Burns Murphy (James), and Marla Barton (Jason). His seven grandchildren, Jeremy Barton (Sam Howard), Tyler Barton (Raylene Rice), Matthew Burns (Candice Gallant), Katlyn Burns (Luke Arseneault), Shamus, Connor and Rylie Murphy. As well as two great grandchildren, Liam and Caroline Barton. He is also survived by his four brothers, Joseph Burns (Barb), William Burns, James Burns (Judy), and Kenny (Sherree) Burns. Five sisters, Joan Bastarache (Bill), Betty Lanigan, Peggy Matheson (Bob), Tina Matheson (Donnie), and Connie (Art) Janes, and over a hundred nieces and nephews. Norman was predeceased by his parents and his beloved wife Dorothy Burns. Four brothers, James Edward Burns(infant), Pat Burns, Fred Burns, and Mike Burns. Two sisters, Susie Mason and Casey Shea. Brothers in law, Jim Lanigan, and Danny Hooper. As well as sister in law, Betty Burns. Resting at Castle Funeral Home 309 Lancaster Ave. (634 1701). A visitation will be held on Thursday December 10, 2020 from 12 to 8 pm. A private invitation only Mass of Christian Burial will take place on Friday December 11, 2020 at Our Lady of Assumption Church at 12 noon. Interment will take place in Holy Cross Cemetery following the mass. Donations to the ALS Society of New Brunswick would be appreciated by the family. Online condolences can be made at www.Castlefh.com