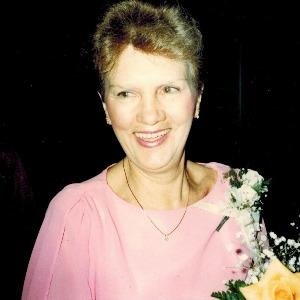 With broken hearts, the family of Joan Frances (Patterson) O’Brien announce her passing on April 8, 2018 at the Turnbull Nursing Home after a long battle with Dementia. Born in Saint John, Joan was the daughter of the late James Arthur and Helen Josephine (Murray) Patterson, and beloved widow to her late husband Everett O’Brien. Joan was a Telephone Switchboard operator in her earlier years and had worked for NB Tel. She was a loving, devoted, and special wife, Mom, and Nana to her family and when her grandchildren came along she was very active in helping raise them. Joan spent many summers at the “White Camp” in Holderville with the O’Brien’s, and she loved to spend summer vacations with her family at Old Orchard Beach. Joan was very strong in her Catholic faith. She was predeceased by her parents, her beloved husband, Everett Richard O’Brien, and her only brother, Donald Patterson. She is survived by her only Daughter, Kelly Anne (Imre) Domokos, of Saint John, N.B., and one son, James Richard (Kim) O’Brien, of Saint John, five grandchildren, Natasha (Bane), of New Maryland, N.B., JD (Lesley), Kris (Kristen), Alecia, and Trinda, all of Saint John, and several nieces, nephews, and extended family. Resting at Castle Funeral Home, 309 Lancaster Ave. Saint John, N.B. (634 1701). Visitation will be held on Monday April 9, 2018 from 2pm to 8 pm. A Mass of Christian Burial will be held at our Lady of the Assumption Church (360 Dufferin Row) on Tuesday, April 10, 2018 at 12:00 o’clock. Interment will take place in St. Joseph’s Cemetery. A reception will follow at Castle “Fallsview” reception center. Donations to the Alzheimer Society or Bobby’s Hospice or the charity of the donors choice would be appreciated by the family. Online condolences can be made at www. Castlefh.com The family would like to thank the Nurses and Staff of the Turnbull Nursing home for their dedication and care shown toward our Mom and Nana over the years.

Share Your Memory of
Joan
Upload Your Memory View All Memories
Be the first to upload a memory!
Share A Memory