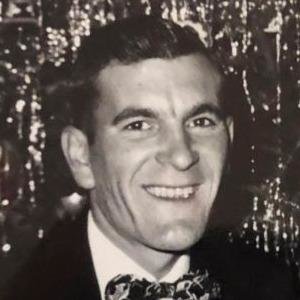 It is with broken hearts the family of Adrice Gerard LeBlanc, husband of the late Sara Jeanne LeBlanc wish to announce his passing on Friday April 9, 2021 at the Saint John Regional Hospital surrounded by his family. Born in 1927 in Saint John, Adrice was a son of the late Edmund and Elizabeth (Williams) LeBlanc. Adrice worked at Canada Veneer from 1943- 1948, Truckers from 1951 – 1966, and then with the City of Saint John from 1966- until retiring in 1991. Adrice is survived by four sons, Robert (Mae) LeBlanc, of Nerepis, N.B., Donald (Judy) LeBlanc, of GrandBay-Westfield, Michael (Sharon) LeBlanc, of Saint John, John (Marsha) LeBlanc, of Quispamsis, one daughter, Cathy (Jim) LaJoie, of Saint John, two sisters, Clarice (Ken) Bond, and Rita Mattinson, both of Edmonton, Alberta, eight grandchildren, Jenna, Warren, Katie, Justin, Ashley, Christopher, Michelle, Ethan, three great grand children, a special niece Connie (Walid) Haddad, of BC, and several nieces and nephews. Adrice was predeceased by his beloved wife Sara Jeanne, his parents, Edmund and Elizabeth, brothers, Arthur LeBlanc, Lionel LeBlanc , George LeBlanc, Joseph E. LeBlanc and sisters, Margaret Vitale, and Diana Gerrior. Castle Funeral 309 Lancaster Ave. Saint John, N.B.(634 1701) have been entrusted with the arrangements. Due to Covid-19 there will be no Visitation. A PRIVATE FAMILY Mass of Christian burial will take place at Holy Spirit (St. Rose of Lima) Church. Interment will take place in Holy Cross Cemetery. Donations to the charity of the donor’s choice would be appreciated by the family. Online condolences can be made at www.castlefh.com

Share Your Memory of
Adrice
Upload Your Memory View All Memories
Be the first to upload a memory!
Share A Memory