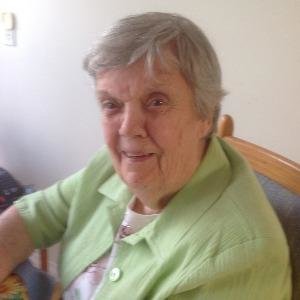 Winnifred Jean Jennings passed on March 30th, 2018 at St. Joseph’s Hospital in Saint John, NB. She was in her 92nd year. Born on the West Side, Saint John in 1926, she was the only daughter of the late Leonard and Lena Blackwell of Saint John. After marrying her high school sweetheart Robert, Winn lived in several places across Canada. Her passion for books lead her to work as a librarian at the National Research Council in Ottawa. She loved to travel, and in retirement spent winters in Florida, but always considered Saint John home. She was passionate about history, especially the English royalty succession. Winn is survived by two sons, Bruce Jennings (Pat) and Jeff Jennings (Karen); 4 grandchildren and 3 great-grandchildren, a sister-in-law; as well as 2 nieces, and a nephew. Besides her parents, Winn was pre-deceased by her husband, Robert E Jennings. Arrangements are under the care of Castle Funeral Home, 309 Lancaster Ave. Saint John, N.B. (634 1701). A private family service will be held at a later date. In lieu of flowers, donations to the Heart and Stroke or ALS would be appreciated. Online condolences can be made at www.castlefh.com.

Share Your Memory of
Winnifred
Upload Your Memory View All Memories
Be the first to upload a memory!
Share A Memory