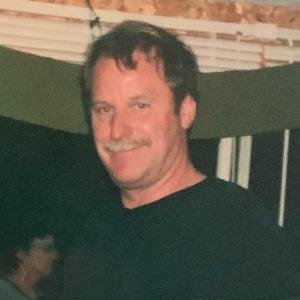 It is with heavy hearts that the family of John “Jack” Chesley Tait announce his passing on November 30, 2020 at St. Joseph’s Hospital. John was born on September 27, 1950 in Saint John, NB to the late Robert and Maude (Maxwell) Tait. Jack was known for his kindness and for his dry sense of humor. He was also known by many as a good honest mechanic, who owned and operated Tait’s Auto Service. For years, he was member of the volunteer Kington Peninsula Ambulance and Fire department. He enjoyed working with his hands, which reached beyond his talent as a great mechanic. Jack proudly built his own house boat; he had many fond memories boating on the Saint John River with his wife Cindy. Jack was also an avid hunter, fisherman and had a love for motorcycles. He always enjoyed getting together with friends and family to have a good time. He absolutely loved his grandkids. So much so, that he used a lot of caution tape at any possible place he thought could be a danger zone. Jack is survived by his wife Cindy (Hamilton) Tait, children; Cody Tait (Amanda), Autumn Rathburn (Tony), and Tamara Mahar (Tyler), brother Don Tait (Susan), 6 grandchildren; Kohl, Hailey, Carter, Ashton, Katie, and Madison, nieces and nephews and his life long best friend Ronnie Vautour. He is predeceased by his parents, brother Bobby Tait, Aunt Nellie, Uncle Ernie, and his beloved pups; Shadow and Shania. The family would like to thank Saint John Regional Hospital’s Family Medicine 5CN and a thank you to the staff of the CAM unit at St. Joseph’s for their kindness and compassion given to John during his time there. The Cam Unit staff became his second family and for that we are forever grateful. Arrangements are under the care of Castle Funeral Home, 309 Lancaster Avenue, Saint John, NB E2M 2L3, 506-634-1701. Keeping with Jack’s wishes cremation has taken place, and interment will be held at a later date in Oak Point Cemetery. Donations in John’s memory can be made to Alzheimer’s Society of Canada or the charity of the donor’s choice. Online condolences can be made at www.castlefh.com.