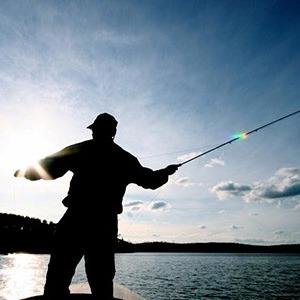 It is with great sadness, the family of John “Jack” Fisher announce the passing suddenly at home in Saint John NB. He was born in Berwick, NS to Ira and Reta Fisher. Jack spent his young life hunting and fishing in Lorneville, NB. Later moving to Sherbrooke St. Saint John West. He graduated from Vocational School with Printing and Welding. He then went on to graduate from NBCC, where he received a Certificate in Welding. He worked with Irving Oil Tankers, SJ Iron Works, and five years with the City of Halifax and Lingley Printing SJ. Jack is survived by brother Rod Fisher (Debby) of Alberta, sisters; Dianne Goucher of Saint John and Joan Hewey (Bob) of Fredericton, NB, as well as three nieces, seven nephews, and three step–nephews. He was happy to call himself a great uncle. He was predeceased by his parents, brothers; Ron Fisher of Saint John, David Fisher of Alberta, brother–in–law Sam Goucher, and Sister–in–law; Carol Fisher of Saint John. Arrangements are under the care of Castle Funeral Home, 309 Lancaster Ave. Saint John, N.B. (634 1701). A Memorial Service will be held on Thursday, August 10th, 6:00 PM. A Reception will follow the service at Castle “Fallsview” Reception Centre. Donations to Romero House or the charity of the donor’s choice would be appreciated by the family. Online condolences can be made at www.Castlefh.com

Share Your Memory of
John
Upload Your Memory View All Memories
Be the first to upload a memory!