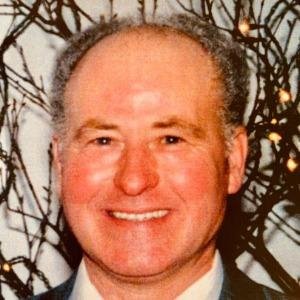 Joseph Norman Gerald Réal Deschenes passed away peacefully on Friday, March 5, 2021 at the Saint John Regional Hospital after a lengthy illness. Réal was born on July 5, 1939 in Ste. Anne –de-Madawaska, NB to the late Edmund and Yvonne (Therrien) Deschenes. Réal was a welder by trade, he worked for many years with JDI, Atlantic Truck and Trailer and CFM. Réal loved working in his garage. He and his good friend Donald would sit and talk for hours in the garage during the summer months; even catching the occasional nap. Réal enjoyed working around the yard, keeping everything in pristine condition. He was very handy; Réal would build trailers with his brother, and worked on everyone’s car in the neighbourhood. He never said no if someone needed his help, he would fix your car at any hour. Réal’s grandchildren were his world, he helped raise them and treasured every moment spent with them. Réal will be dearly missed by his loving wife of 54 years and partner of 59 years, Judy (Kelly) Deschenes, their children; Reg (Carrie) Deschenes and Paul Deschenes, brothers; Roger Deschenes and Yves (Rena) Deschenes, sisters; Doreen Violette of Ontario, Anita Deschenes (Ron) of Connecticut, Therésa Deschenes and Irma (Piérre) Deschenes, four grandchildren; Taylor, Jordan, Jeremy and Jacob Deschenes (Kalyssa), special friends; Krista Deschenes (Rob), Martin Morin, Donald Melanson, and Alvin Hebert, and many nieces and nephews. Réal is predeceased by his parents Edmund and Yvonne, sisters; Cecilie and Medley, and brothers; Normand and Reggie. Arrangements are under the care of Castle Funeral Home, 309 Lancaster Avenue, Saint John, NB E2M 2L3, 506-634-1701. Due to COVID-19 restrictions a Private Family Mass of Christian Burial will be held from Holy Spirit Parish (St. Rose of Lima Catholic Church). Interment will take place at a later date. In lieu of flowers donations in Réal’s memory can be made to Parkinson Canada.

Share Your Memory of
Joseph
Upload Your Memory View All Memories
Be the first to upload a memory!
Share A Memory