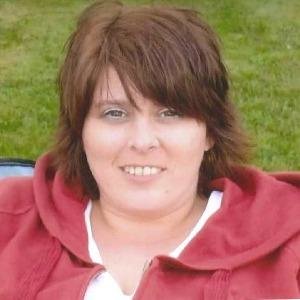 With heavy hearts the family announces the passing of Stacey on March 12, 2018 after a brief illness with her husband Roy by her side and her family in her heart. Born on November 17, 1971 to Bob Gates and Diane Cormier. Stacey in her early years raised her daughters, later joining the work force in the trucking industry. Stacey was an amazing crafter, her home was evident of her many talents. Her favourite past time was her Family and especially the time spent at the family camp in New River Beach where memories are abundant of fun in the sun and laughter always in the air. Yearly pig roasts, bonfires and sunsets by the bay were her absolute favourite times. She had a love of all things Christmas. She was so incredibly happy to share in Megan and Cole’s wedding, 1 year ago on the cruise where they were married on Magen’s Beach in St. Thomas VI. Stacey is survived by her husband Roy Gilmore, daughter Megan and son in law Cole Fowler, daughter Kristen fiancé of Ricky Todd, mother Diane Cormier, father Bob Gates (Sandra Causey), brother Rob Gates (Heather) their children; Natasha Gates (Michael Harriet), Briar and Douglas, father in law Roy (Charlene Osborne), sister in law Shelley (Larry Boudreau), their children; Justin, Kaitlyn, Jocelyn, sister in law Margie her son; Connor, aunts, and uncles. She was predeceased by her brother Jason Gates, brother in law Trent Gilmore, mother in law Linda Gilmore (Janes), several aunts and uncles. The family would like to thank Dr. Rob Stephenson, Dr. Kempt, Dr. Oriano Andreani and Nursing staff of 5AN Cardiac Care Unit. Arrangements are under the care of Castle Funeral Home, 309 Lancaster Ave. Saint John, N.B. (634 1701). Visitation will take place on Thursday, March 15th 2018 from 2-4PM and 6-8PM. A funeral service will be held on Friday, March 16th at 11:00AM in Castle Funeral Home Chapel. A reception will follow. Private interment will take place at Greenwood Cemetery. Donations to Bobby’s Hospice, Heart and Stroke Foundation or the charity of the donor’s choice would be appreciated by the family. Online condolences can be made at www. Castlefh

Share Your Memory of
Stacey
Upload Your Memory View All Memories
Be the first to upload a memory!
Share A Memory