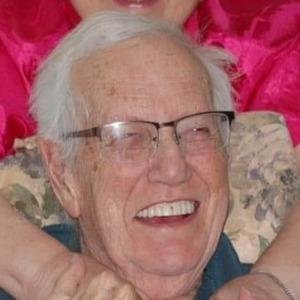 At Ridgewood Veterans Wing, David Noel Betts passed peacefully away in the arms of Sandra Betts (nee Wah) his loving wife of 59 years, best friend and companion of 63 years. David was born in Saint John, NB to the late J. “Art” Betts and Gladys Betts (nee Appleby) December 22, 1937 and so was named after their favourite Christmas carol. David is survived by his wife Sandra, sons; N. Blair Betts (Lisa) of Saint John and Dana Betts (Kerry) of Quispamsis, daughters; Shara Betts-Burnham of Saint John, and Rhana Betts (John Hooper) of Pennfield, sister Jacqueline O’Neill of Chester, NS, 11 grandchildren; Brendan Betts (Amanda), Shayne Betts, Nathan Betts, Rebecca Betts, Lucas Betts, Cole Betts, Sarah Betts, Kyle Betts, Chelsea Burnham, Trystan Burnham and Devin Burnham (Ashley), 3 great–grandchildren; Brooke Burnham, Landon Betts, and Easton Betts, and 16 nieces and nephews. David is predeceased by his parents, brother Leonard Betts, son-in law David Burnham, and brother-in law Edward O’Neill. Educated in Saint John at Vocational School as an architectural craftsman, he worked for Irving after graduation. David was active in Scouting, Carleton Cornet Band, Army Reserves and St. Jude’s Church. David moved to Halifax in 1957, where he meet his future wife Sandra. There he was active in the Service Corps, Reserves and Military Bands. He worked for Richmond Paper, then Napier & Napier Architects. David and Sandra married in 1961, began their family and moved to Saint John. Once back home, David joined St. Mary’s Band and began work at various architectural firms; Stan Emerson and Rolf Duchesnes. He eventually went on to be a construction estimator for Johns Manville, Guildford's & Northern, and Apollo Medical. David was an active outdoorsman; Camp Swampy was a favourite location. He loved carpentry, and “Super Dave” was famous for his decks. David was an active member at the Royal Canadian Legion Branch #69; he loved playing darts there. He was also a lifelong member of the Lions Club. David was a great cook and specialized in BBQ steaks, turkey, turkey dressing and ‘big breakfasts’. At the darts BBQs, his apron read "Do not throw darts at the 'SUPER' chef.” David had a great sense of humor. He loved music, especially brass bands; he played the sousaphone and upright bass. David was also a proud catcher of an 800lb tuna by hand line! J First and foremost Dave was a family man. His greatest love and pride was his family, and it was shown in the love and pride which was returned to him hundredfold. David will be truly missed by his family, friends and by all who knew him. Special thank you to Dr. Corless, Dr. Omatoso, Dr. Ondivareen, staff of 3DS at the Saint John Regional Hospital and staff at Ridgewood Veterans Wing for their care and compassion. Arrangements have been entrusted to Castle Funeral Home, 309 Lancaster Avenue, Saint John, NB E2M 2L3 506-634-1701. A Royal Canadian Legion Branch #69 Tribute Service will be held on Tuesday, December 15th, 2020 at 5:00 PM at Castle Funeral Home. Visitation will follow from 5:00PM-8:00PM. A Celebration of David’s life will take place in spring 2021. In lieu of flowers due to allergies, contributions in David’s memory can be made to Legion Branch #69, Ridgewood Veterans Wing or a charity of the donor’s choice. Online condolences can be made at www.castlefh.com.