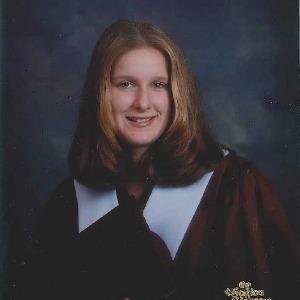 It is with profound sadness the family announce the sudden death of Sarah Amy Daneff loving and cherished daughter of Susan Ryan. Born December 9, 1982 in Saint John, N.B. Sarah graduated from Harbor View High school. She received her Bachelor of Science from UNB and went on to achieve her Bachelor of Nursing degree in 2013. She also received the President’s Award for excellence in nursing. She had currently been working in emerg at the Regional Hospital. Sarah was a loving soul who cared deeply for people and pets alike. She will sadly missed by those friends who loved her especially Melanie and Shaun & Michelle. Besides her mother Susan Ryan, she is survived by her brother Trevor Daneff and her father Tony Daneff (June) and many aunts and uncles. She was predeceased by her grandmothers Shirley Ryan and Amy Doucette and Gordon and Margaret Daneff & Coco. Arrangements are under the care of Castle Funeral Home, 309 Lancaster Ave, Saint John, NB E2M2L3. (506-634-1701) Visitation will be held on Friday, July 13th from 2PM-8PM. A private family service will take place at a later date. Donations in Sarah’s memory can be made to the SPCA, N.B Mental Health or donor’s choice. Online Condolences can be made at www.castlefh.com.

Share Your Memory of
Sarah
Upload Your Memory View All Memories
Be the first to upload a memory!
Share A Memory