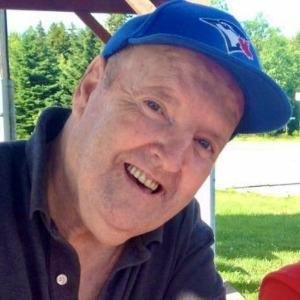 William Herbert Thomas Clark passed away at his home in Lepreau, NB on January 23, 2021 with family at his side. Born in Saint John, NB on January 16, 1946, he was a son of the late Herbert and Helen (Rogers) Clark. A loving father, grandfather and brother, Herb is survived by his children Lori (Kevin) Waycott, Brent (Juley)Clark and Denise Thompson. Grandchildren, Tyler and Holly Waycott, Amber Clark, and Landon Thompson. Sisters; Rose (Don) Beattie and Grace Cormier and several nieces and nephews. In addition to his parents, he was predeceased by his grandson Gregory Waycott. Prior to retirement, Herb worked at Point Lepreau Generating Station. Herb was a volunteer with the local Cub Scouts, Brother of the Order of St. John Ambulance, and Chapel Warden for St. Margarets Anglican Church. Herb was a huge fan of the Toronto Blue Jays and in the argument of Coke vs Pepsi, his massive collection of Coke memorabilia left no question which he preferred. Arrangements are under the care of Castle Funeral Home, 309 Lancaster Avenue, Saint John, NB, E2M 2L3, 506-634-1701. Due to Covid-19 restrictions, all services for Herb will be private and held at a later date. His interment will take place at the Lepreau Cemetery, Lepreau NB at a later time. In Herb’s memory, donations to The Heart and Stroke Foundation, The IWK Foundation, Jays Care Foundation or to a charity of the donor’s choice would be appreciated by the family.